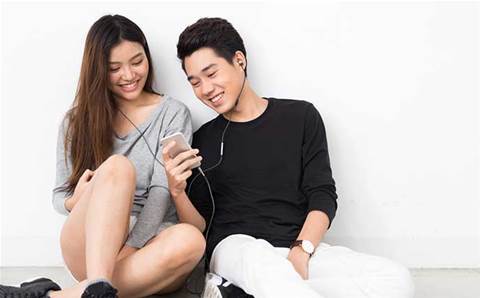 After energising brands like Coles, JB Hi-Fi and Samsung with its white-labeled music streaming solution, Tuned Global wants to take on Japan and South-East Asia.

As the company took stock of what could potentially be millions of active new monthly users requesting millions of songs on-demand, Tuned Global realised its infrastructure needed an upgrade.

The Tuned Global service needed to adapt from a combination of physical hardware and IBM’s Softlayer infrastructure to a scalable system that could cope with the demands of a large customer base. In addition to needing scale, Tuned Global did not have any hardware in Asia; another limitation when wanting to quickly serve a new market with digital content.

Tuned Global sought base2Services to assist them migrate to Amazon Web Services, a platform that would provide scalability on-demand as well as infrastructure close to their customers. The Tuned Global team also wanted to implement a DevOps approach to improve the way they deployed their framework and their customers’ apps.

“The decision to go with AWS was really about scale,” Tuned Global managing director Con Raso said. “With our old system and using our own infrastructure rack, we found we couldn't do what we wanted to around automating CI releases, and Tuned Global didn’t have confidence in the scaling of those systems.

“This partnership with base2Services and using AWS gives us the framework to deal with these mobile and music addict markets. We feel we can continue to expand our business and we have great confidence in the team.”

Working together, base2Services and Tuned Global rewrote infrastructure code and built tests to verify the new scaling capability on AWS. Unlike most AWS customers, Tuned Global had significant network configuration work to undertake on the platform, so as to make sure it could handle an at-times intake of 7.2 terabytes per day in music files, many of which were on tight upload deadlines from big music labels.

To achieve success with the upload capability, base2Services and Tuned Global developed multiple scenarios involving AWS’ various instance configurations over the course of one week; a process that previously would have taken several.

As part of the solution, base2Services provides DevOps-as-a-Service, covering all phases of the implementation of Tuned Global's core services for customers, as well as 24/7 support for the company. The solution has also been migrated to AWS, reducing the impact on the development team and improving the scalability, cost and performance of the system.

“Partnering with a DevOps company allowed us to develop faster without increasing our internal team, and spend more time focusing on user experience instead,” Raso said.

“It was about expertise, not cost. We felt they could help us achieve real results. Our partnership gives us the deep confidence base2services understands this space, and they’re so proactive.”

With the termination of the existing data centre and the Softlayer solution taking place, base2Services had ensured the new functionality was rapidly deployed and operational. The collaboration between Tuned Global and base2Services ensured this was achieved.

With the project delivered on time and on budget, Tuned Global’s system can now support the increased user count expected from South-East Asia and Japan.

As evidence of a successful entrance into the new market, Tuned Global recently signed an agreement with Japanese music streaming service Line Music, to increase its music catalogue. Line Music, an evolution of Line Messenger, begun as an instant messaging service and advanced to an entertainment portal. It has 220 million users across the globe.

Built around a ‘DevOps-as-a-service’ model, base2Services moves workloads to the AWS Cloud, allowing customers to innovate and develop their application landscape using its expertise,” he said.

“As a consequence of base2Services innovative approach, its customers are able to focus on their business while knowing that base2Services will take care of the management of its IT infrastructure.”

Thanks to the assistance of base2Services, Tuned Global says its new ability to scale up and down on demand had given the company the potential to cut development and testing costs by up to 70 percent.

base2Services is a finalist in the Modernising infrastructure (Mid-range) category at the 2017 CRN Impact Awards. The full list of finalists will be announced at our CRN Pipeline conference in Melbourne on 22-23 March. The winners will be announced at the Impact Awards dinner during the CRN Pipeline conference in Sydney on 6-7 April.

Cloud application revenue made easy
By Michael Jenkin
Mar 17 2017
1:30AM