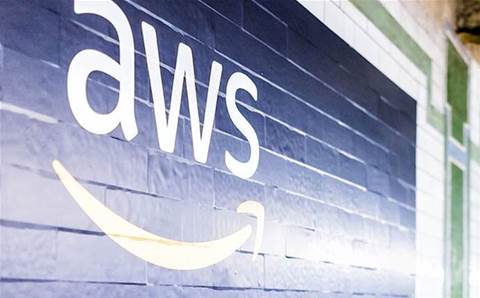 Amazon Web Services crossed the US$30 billion run rate threshold in the first quarter of 2019 as the cloud division of the e-commerce giant became more profitable by engineering its data centers to be more efficient.

Amazon CFO Brian Olsavsky raised the topic of AWS without being prompted by an investor late in Thursday's earnings call to share his thoughts on the industry's leading cloud provider's improved margins and some notable customer wins.

While AWS growth slightly slowed to 42 percent on US$7.7 billion in sales in Q1, the expansion in the operating margin is the "a result of a lot of the good work on infrastructure and efficiencies," Olsavsky said.

Those "impressive gains in efficiency in the data centers" raised AWS operating income from US$1.4 billion in the quarter ended March 31 of 2018 to US$2.2 billion in 2019.

Olsavsky said every percentage-point improvement in utilisation is worth tens of millions of dollars. Realizing such efficiencies is the AWS model for investing in its infrastructure.

And as AWS lowers its costs, it passes savings along to customers, either through new rates or deals, he said.

Those gains have come as AWS has undergone a "very large expansion of tech and sales teams that support this business," he told investors.

AWS saw some big customer wins in the quarter, including two major vehicle manufacturers: Volkswagen, which launched a comprehensive cloud service linking suppliers and manufacturing facilities on AWS, and Ford.

"People are moving their workloads to AWS at a faster pace," Olsavsky said, adding usage growth is outpacing revenue.

Olsavsky downplayed the significance of the rate of year-over-year revenue growth slowing sequentially from the 45 percent of the previous quarter.

"This is always going to be a lumpy business," Olsavsky said.

Growth rates for cloud providers depend much on the quarterly sales cycles, cloud adoption initiatives, and migration patterns of enterprise customers, he said.

"We're also getting much better at adding capacity faster," Olsavsky noted, mentioning the launch of a new region in Hong Kong.

"Business in China is going really well," he said.

AWS delivered half of Amazon's overall income of US$4.4 billion—which surged beyond the US$1.9 billion realized in the same period a year earlier.

Amazon's overall US$59.7 billion in quarterly revenue was up 19 percent from the first quarter of 2018. That number, like AWS revenue, came in right where analysts had expected.

But earnings-per-share of US$7.09 blew past forecasts of US$4.72, delivering a boost to Amazon's stock price.

Amazon shares closed Thursday on the New York Stock Exchange at US$1,902.25, then rose to US$1,918.12 at the time of this publication, with a good amount of volatility in after-hours trading.