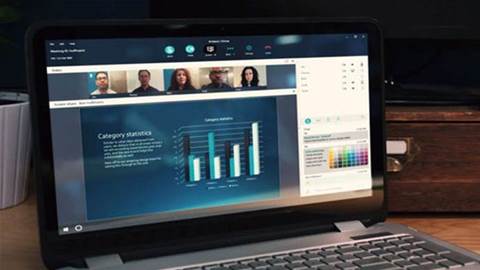 Amazon Web Services is developing office productivity software to compete in the SaaS market against rivals Microsoft and Google, according to a report published Friday in The Information, a tech news site.

Such an offering would pit AWS, the dominant public cloud leader, against its two main infrastructure-as-a-service rivals, who also happen to dominate the office productivity software-as-a-service sector.

Amazon's efforts, still in their early stages, consist of upgrades to WorkMail, a cloud-based email app generally released early last year that has done little to upset market share for Google's Gmail and Microsoft Exchange Online; and its WorkDocs file storage product, according to two AWS business partner sources cited by The Information.

Those apps will be rejigged to be more enterprise friendly, and perhaps bundled with Chime, a video conferencing service Amazon launched last week.

An AWS productivity suite would move Amazon up the stack into a software category that Google pioneered in 2009 with the launch of the groundbreaking Google Apps, including Docs, Sheets, Gmail and Drive.

Microsoft took years to introduce a rival product, eventually positioning Office 365 as a competitor. In 2015, Office 365 surpassed Google Apps in market share and has not looked back. Last year, Google rebranded Apps as G Suite as part of a push to regain the lead it once easily held.