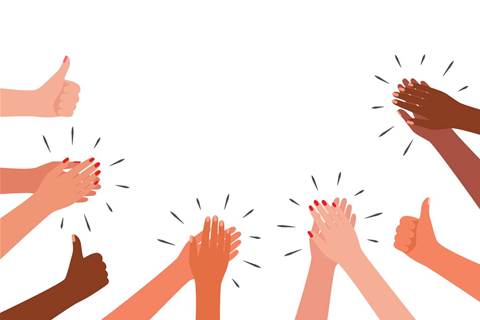 The period of détente came as Microsoft CEO Satya Nadella and Google CEO Sundar Pichai offered their well wishes to Jassy, who’s poised to take over the top role at the world’s largest online retailer when founder and current CEO Jeff Bezos transitions to executive chairman of the Amazon board in the third quarter that begins July 1.

Nadella tweeted “Congratulations to @JeffBezos and @ajassy on your new roles. A well-deserved recognition of what you have accomplished” on Tuesday evening following Amazon’s announcement.

AWS, the largest cloud computing provider, has been on the attack against No. 2 Microsoft’s win of the U.S. Department of Defense’s potentially $10 billion Joint Enterprise Defense Infrastructure (JEDI) cloud computing contract to help digitally modernize the military. AWS is contesting the October 2019 award in the U.S. Court of Federal Claims, claiming the DoD erred in its technical evaluation of the cloud providers’ bids and that former President Donald Trump wielded undue political influence on the DoD’s selection of Microsoft.

While the DoD completed a re-evaluation of its JEDI cloud solicitation process and re-affirmed its award to Microsoft last September, AWS filed an amended complaint in December. A temporary restraining order prohibiting Microsoft work on the contact that was issued last February remains in place.

Jassy took a swipe of a different kind at Microsoft during his keynote address at the annual AWS re:Invent conference for customers and partners in December.

“If you look in the enterprise technology space, there are some providers who are competitor-focused,” he said. “They look at what their competitors are doing, and they try to fast-follow and one-up them. We have a competitor like that across the lake from us here in Washington.”

Jassy cast additional shade on Microsoft SQL Server in the keynote, when he described the relational database as an “unhappy place” for customers.

“(Customers) live largely with these old guard, commercial-grade database providers named Oracle and Microsoft with SQL Server, and this is an unhappy place,” Jassy said when commenting on the popularity of Amazon RDS.

“It’s unhappy, because those offerings are expensive, they’re proprietary, they have high amounts of lock-in, and those companies have punitive licensing terms, where they’re willing to audit you,” Jassy said. “If they find any discrepancy, they extract more money out of you. And these companies also have no qualms about changing the licensing terms midstream on you. Just look at what Microsoft did with SQL Server in the last year or two: They basically changed the terms, so that you can’t use your SQL Server licenses anywhere but Microsoft’s cloud. Is that good for customers? Hell no. Is that good for Microsoft? I think they think so. I think it’s short-term thinking, because our experience over the fullness of time is that customers flee companies the first chance they get when they feel like they’re being abused. And this is something that customers are fed up with, and they’re sick of, and it’s why they’re moving as fast as they can to these open engines like MySQL and Postgres.”

Grabbing the hybrid cloud opportunity with Lenovo and Azure Services
By Donna Goodison
Feb 4 2021
6:55AM