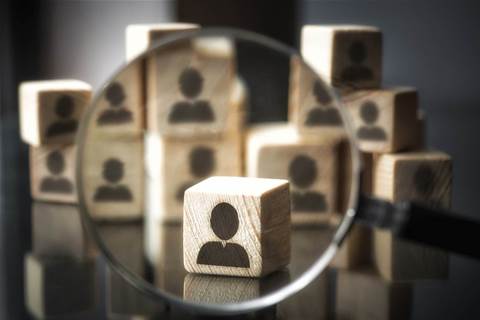 Amazon Web Services has a new lead for its global partner sales for enterprise workloads as part of several personnel changes under channel chief Doug Yeum, head of worldwide channels and alliances.

Ashish Dhawan is the new managing director for what he describes as a $2 billion-plus business for AWS, with plans to expand the number of partners specialising in Microsoft workloads on the AWS cloud.

“After 10+ years in the Asia-Pacific region, of which the last 3+ years (were) with AWS India, I will now move to the U.S. to lead the $2 billion WW Partner Sales for Enterprise,” Dhawan said on his LinkedIn page.

Dhawan has moved to Seattle to join the team of Chris Sullivan, the new global director of worldwide systems integrators and strategic alliances. Sullivan recently took over for former AWS global director David Fuess, who had been responsible for AWS’ worldwide system integrators, managed service providers, distributors and VAR partners before leaving AWS, according to a person familiar with the changes.

Keith Groom, formerly the global partner leader of Microsoft workloads on AWS, now is reporting to Dhawan in his newly created role as head of partner strategy.

In a post on LinkedIn, Dhawan noted his team’s accomplishment’s during the three years that he led the AWS enterprise business in India and the South Asia region.

“We grew our enterprise business and workforce by 5X, expanding in these last 3 years (and) helping some of India’s marquee customers in their transformation journey,” Dhawan said in his LinkedIn post.

“We are now serving tens of thousands of customers and partners across the region, helping them on a daily basis to move their mission-critical workloads to AWS to drive cost savings, accelerate innovation and accelerate their time-to-market. We also underpinned this with our continued investments in the region over the last three years – more AZs (availability zones) launched and the second region in Hyderabad announced.”

AWS in November announced it would build a second cloud region in India, in Hyderabad, in the southern part of the country, that would be available by mid-2022.

“Vaishali joined AWS shortly after I did and led our ISV and DNB (digitally native businesses) segments in India,” Dhawan said.

“She has spent more than 20 years in corporate and investment banking, credit, analytics outsourcing and consulting, leading both sales and operations teams in Citi, Infosys, Goldman Sachs and Deloitte.

Prior to joining AWS, she was managing director and CEO for Experian in India. She is an exceptional leader, adept at building and inspiring teams, and passionate about innovation as a key driver.”

Grow your software revenue by selling these 5 affordable, essential tools for the modern workplace
By Donna Goodison
Aug 5 2021
7:01AM