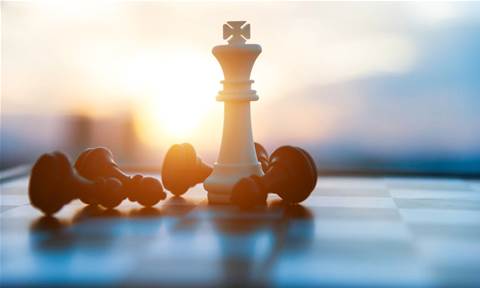 The Australian cloud Infrastructure as a Service (IaaS) market will hit 1 billion this year due to dominance of global public cloud giants, according to a new study from analyst firm Telsyte.

Australian organisations spent $907 million on IaaS in 2019, the survey showed. This spend is expected to increase to $2 billion by 2024.

Telsyte said the total market will exceed $1 billion in 2020, a year-on-year increase of 23 percent, off the back of a ‘mini-boom’ driven by COVID-19 investment.

The big six global hyperscale providers dominate the Australian cloud market with a combined $740M in IaaS revenue in 2019, or 82 percent of the market.

The top six hyperscale clouds in Australia were AWS, Azure, IBM, Google, Oracle and Alibaba Cloud, with AWS and Azure well out in front.

The hyperscale cloud providers combined are to generate $1.7 billion in IaaS revenue by 2024, or around 85 per cent of the total market.

Telsyte said 45 percent of organisations are looking to increase cloud infrastructure spending in 2020.

Furthermore, “cloud first” policies are now adopted by 46 per cent of Australian business.

On average, Australian organisations have four different cloud providers, up from 3.8 in 2019.

The analyst firm said this is typically a mix of hyperscale, Managed Service Provider, hosted and on-premises, particularly in larger enterprise.

Telsyte found that businesses without an “organisation-wide” digital strategy are most likely to have 4 or more cloud platforms.

Australian businesses continued shift to cloud has highlighted opportunities for MSPs, telcos and other third parties to fill the skills gap.

Telsyte found 24 percent of local companies use a third-party to manage cloud services and a further 31 per cent claim to intend to in 2020.