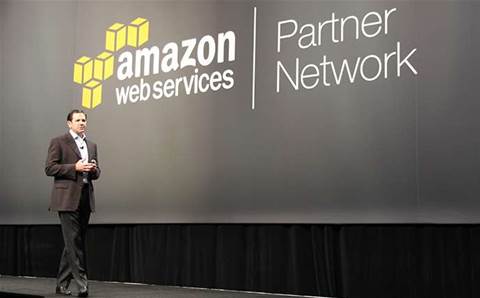 Amazon Web Services' Managed Service Program is seeing steady growth, but finding partners that can meet its famously rigourous requirements for pleasing customers is still a challenge, according to the vendor's top channel executive.

AWS debuted its Managed Service Program in November 2014 and now has 66 partners that have passed the vendor's strict auditing process, compared with 11 partners at this time last year, Terry Wise, vice president of the AWS worldwide partner ecosystem, said in a recent interview.

Wise told CRN USA the program will have to grow much larger in order to meet the level of customer demand that exists for AWS cloud managed services.

"We’re looking to scale the program to 10 times the number of partners we have today, maybe even 100 times," Wise said. "We’re still just scratching the surface here."

AWS is built around self-service and automation, yet its infrastructure-as-a-service and other offerings require a certain amount of in-house skill for customers to operate. As a result, many customers have decided to let managed services partners handle this work, freeing them up to focus on higher-level tasks.

AWS validates partners' abilities when admitting them to the program, and the audits them every 12 months afterward to ensure they're keeping their skills up to date.

In January, AWS raised its auditing requirements for partners in areas like application migration and monitoring services, as well as continuous optimisation – i.e. helping customers use the right instance sizes and ensuring they're getting maximum utilisation from the AWS services they're using, according to Wise.

Partners have to work hard to meet AWS' auditing requirements, and not everyone has the skills and talent to move as quickly as AWS does.

"There is a challenge in keeping up with our pace of innovation and delivery," said Wise. "The partners we want understand all our services, and new features coming out, and which ones to implement when and where."

The shortage of skilled MSP partners may be why AWS is developing a top-secret self-service managed services offering, code-named Sentinel, which could let large enterprise customers manage and monitor their public cloud workloads independently.

AWS is testing out a beta version of Sentinel with a handful of partners, sources told CRN USA in mid-April. CRN Australia asked Wise about Sentinel when visited for April's AWS Summit, but he declined to comment.

DevOps, a term that describes how software developers and operations teams work in concert to speed cloud application deployments and updates, is a crucial component of the AWS Managed Service Program. But most traditional MSPs – ones that deliver services like remote monitoring and management – don't have this skill.

To be successful with AWS, MSPs need to invest in DevOps and other emerging cloud skills, said Wise.

"Our MSPs are frankly starting to look more like system integrators," said Wise. "Customers are telling us they need partners to not just provide infrastructure managed services, but also to evolve to higher-level DevOps and even move into the application space."

DevOps is important because the traditional approach to building and updating apps just isn't quick enough for customers. "Customers want partners to move faster and to respond to new feature requests that come in. They need the ability to respond to that without compromising road maps and release cycles," Wise said.

AWS has always held its partners to a high bar, and Wise said MSP program members have responded well to the challenge.

"We’re very pleased with the engagement and commitment," he said. "This enablement and audit is pretty rigorous. The vast majority of partners in this have had to do rework in order to pass."

Create your business scorecard
By Kevin McLaughlin
May 31 2016
11:15AM