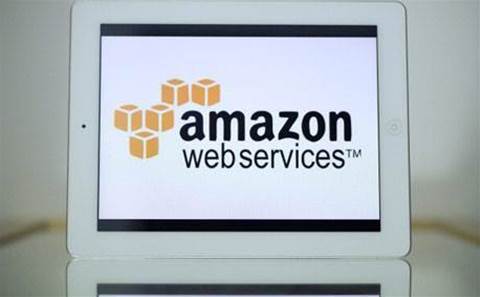 Amazon chief executive Jeff Bezos touted the company's "unusual advantage" of having a long head start in the market before facing any serious rivals.

"AWS had the unusual advantage of a seven-year head start before facing like-minded competition, and the team has never slowed down," Bezos said in a statement.

"AWS lets developers do more and be nimbler, and it continues to get even better every day. That’s why you’re seeing this remarkable acceleration in AWS growth, now for two quarters in a row," he said, referencing the 45 percent year-over-year revenue growth AWS reported in the fourth quarter of 2017.

The cloud services provider grew significantly faster than it had the previous year as new users flocked to the platform and existing ones adopted additional cloud services.

AWS contributed US$5.44 billion in revenue to Amazon and, with margins much higher than other parts of the business, US$1.4 billion in income, about 73 percent of the company's overall profits, Amazon CFO Brian Olsavsky told investors on Thursday's earnings call.

Analysts had expected US$5.25 billion in AWS revenue, according to Thomson Reuters, and were surprised by the 49 percent year-over-year revenue growth from the cloud division.

"We are accelerating. We have accelerated the last two quarters," Olsavsky said of the cloud business.

In the same quarter of 2017, before AWS hit a US$15 billion run rate, the cloud division posted 43 percent year-over-year growth.

In its first quarter, ended 31 March, AWS neared a US$22 billion run rate, with its growth over the last year driven by both existing customers and new ones, the CFO told investors.

Enterprises that already have adopted cloud and seen success are trying additional AWS services and "moving more workloads to AWS at a faster pace," Olsavsky said.

Databases are a large part of that surge in usage. Amazon Aurora growth "continues at a fast pace," Olsavsky said of the relational database that's the fastest-growing service in AWS history.

Overall, Amazon brought in a hair above US$51 billion in total revenue, beating estimates of US$49.78 billion, according to Thomson Reuters.

Analysts had predicted US$1.26 earnings-per-share—Amazon delivered EPS of US$3.27.

Thanks to the strong AWS results, as well as a good showing in its advertising business, Amazon's overall business shattered earnings expectations, driving the stock up 7 percent in after-hours trading.

Amazon closed Thursday at US$1517.96 per share. The stock was trading at US$1620 at publication time.