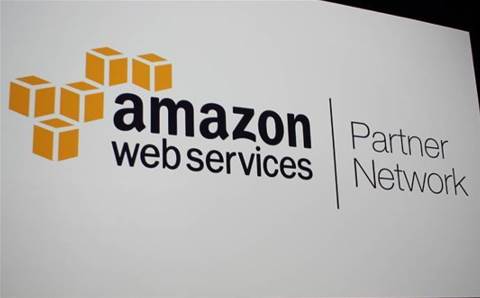 Amazon DocumentDB, which organizes semi-structured data, introduces a document store that emulates an older version of the MongoDB API to achieve full compatibility with that release.

The MongoDB stock plunge after publication of an AWS blog revealing the new service—from a closing price Wednesday on Nasdaq of US$86.62, to US$75.20 at publication of this article—illustrates the tremendous muscle AWS has in the market and impact development of its services can have on independent software vendors.

But an AWS partner specialising in data technologies said despite investor jitters, DocumentDB really doesn't pose a significant threat to the New York City-based database company, which saw an IPO in October 2017 and has been steadily increasing market capitalisation since then.

The instigator of Amazon's latest database was the SSPL—a new license from MongoDB that imposed a more-restrictive requirement as to how cloud providers could incorporate its open technology into their hosted database services.

The Server Side Public License essentially mandates any cloud provider that offers MongoDB as a service must open source all the code related to that service offering.

The latest offering from AWS only adds to a rich selection of document stores on the market that benefits customers.

Amazon is simply trying to offer a more feature-rich document database, Schulz said. And the cloud giant is carefully using words like "emulated" to make sure customers understand that they're not using any MongoDB code beyond the 3.6 release.

MongoDB also offers a hosted version, called Atlas, based on MongoDB 4.0, the latest version of the database project it leads now positioned to compete more-directly against Amazon DocumentDB.

In a statement to media outlets, MongoDB CEO Dev Ittycheria said developers will be savvy enough to see through Amazon's "poor imitation" of his company's product.

Cloud application revenue made easy
By Joseph Tsidulko
Jan 11 2019
11:27AM