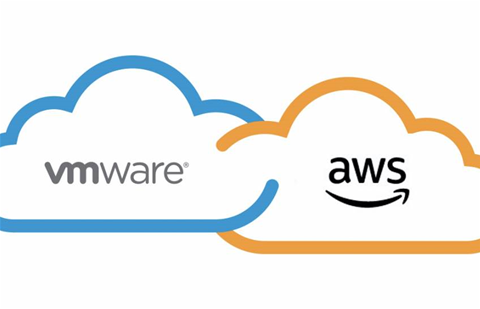 Amazon Web Services plans to expand the availability of VMware Cloud on AWS from 16 AWS regions to all 21 of its cloud computing regions by the end of next year.

AWS started with two regions when the service became generally available in August 2017.

“Every quarter we would release one region, then in 2018 we started releasing three regions every quarter,” Rima Olinger, AWS’ global alliance lead of VMware Cloud on AWS, said in a meeting at Amazon’s Seattle campus last week. “Our regional expansion has moved at a very, very fast pace. This is compared to what you see as single or two regions with other competitors. We are way ahead of the curve.”

Meanwhile, AWS rival Microsoft this month said it would start imposing restrictions on transferring its on-premises software licenses to hyper-scale clouds. Licenses purchased from Microsoft after 1 October, with some exceptions, won't be transferable to cloud providers such as AWS, which includes VMware Cloud on AWS.

AWS to date has seen great momentum in customers of all sizes adopting VMware Cloud on AWS across industries, be it technology, manufacturing, oil and gas, health care or government, according to Olinger. The number of customers doubled from the fourth quarter of 2018 to the first quarter of this year, she said.

“The growth rate has been very, very steady for us,” said Olinger, a former VMware solution provider and partner sales director who’s been at AWS since the service’s inception. “We see large enterprise customers, like the PennyMacs of the world, we see smaller customers like PHH Mortgage.”

Speed of migration is key to the VMware Cloud on AWS’ success because customers do not have to re-platform or refactor their applications, Olinger said.

“They do not have to do new runbooks, they do not have to write new security policies,” she said. “Everything is as they would have been doing using the vCenter interface that they would have used with VMware. They don't have to hire new people, no investment in new hardware. There’s a lot of benefits that are tied to elasticity in terms of how they move their services from on-prem to the cloud—scalability, being able to deploy a cluster in less than 90 minutes and to provision additional hosts in less than seven minutes. That's a big deal for customers to move whole workloads overnight to the cloud. It's great value for our customers.”

VMware Cloud on AWS continues to evolve with the addition of enterprise features requested by customers, including a tie-in with AWS Elastic Block Store (EBS), stretched clusters, mass migrations with VMware Hybrid Cloud Extension and the decoupling of storage from compute.

Use cases of VMware on AWS also have shifted from customers primarily using it to expand their compute, storage and networking capabilities, or for disaster recovery, after its launch.

“The No. 1 use case after two and a half years is data center evacuations,” Olinger said. “Customers are using VMware Cloud on AWS because they have a cloud mandate. They have to evacuate their data centers or they need to migrate their applications in some cases.”

CloudSimple also is behind Azure VMware Solutions, a similar offering unveiled in April that will allow VMware workloads to run natively on the Microsoft Azure cloud.

The Google-VMware announcement is not surprising, Olinger said.

“With AWS gaining as much momentum, we expected … that other service providers are going to follow suit,” she said. “The nature of the agreement is in no way similar to what it is with AWS. Key differentiators are around the go-to-market. The other solutions are sold through partners ... CloudSimple with Google, Virtustream and CloudSimple with Azure. It is not an integrated service. The partnership between VMware and AWS was the first one that is a jointly engineered, integrated service that is sold by VMware.”

VMware Cloud on AWS functionalities, including access to 160-plus AWS services, also are “key differentiators that our customers are very excited about,” according to Olinger.

“You have the ability to integrate with Redshift, with Aurora, databases, with the machine learning, artificial intelligence,” she said. “Once you get on the platform through a VPC [virtual private cloud] connection, you are in Direct Connect, you are able to access AWS services. And this is a much faster rate than we would have seen with any other services that we do.”

In May, VMware announced the VMware Cloud on AWS Competency for channel partners.

“Since the inception of that certification, it has been the fastest-growing competency in VMware's software history,” Olinger said. “We're up to 350-plus partners that have been certified on the service.”

Managed service providers are helping customers by provisioning and hosting the service and providing first-line support, while systems integrators including Deloitte, Rackspace and Accenture are being extremely proactive in promoting, advancing and proposing the service to customers, according to Olinger.

“Then you have the traditional solution providers of VMware that have stepped up and said, 'I am changing my business model,’” she said. “These are like the Presidios of the world ... the WWTs [World Wide Technology]. Then you've got, on the back end, the technology providers. We have over 100 of those that validated their solutions on VMware Cloud on AWS. The partner community is healthy. They're contributing to a very healthy pipeline, they're closing opportunities, they're leading with POCs [proofs of concept] to customers.”

Another big change in May was giving AWS and its partners the ability to resell VMware Cloud on AWS, which since its launch had only been sold, operated and managed by VMware.

“Now you have two routes to market,” Olinger said. “That is another big differentiator. Customers have benefits that are tied to their existing programs and existing agreements with AWS that accelerate the adoption and make it easy to provide customers with a freedom of choice where they would like to procure that service.”