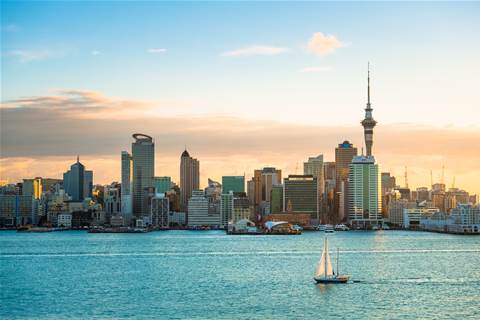 AWS will invest $7.25 billion in the new Asia-Pacific infrastructure region, which will launch in Auckland, in the north of New Zealand’s North Island, with three availability zones. It will be owned and operated by a local AWS entity in the country.

The new region will allow New Zealand customers with data residency preferences to run workloads and store data in the local cloud region and will provide lower latency across the country, according to AWS.

Having three availability zones allows AWS to place infrastructure in separate geographic locations with sufficient distance to help support customers’ business continuity, but near enough to provide low latency for high-availability applications that use multiple zones, it said. Each zone has independent power, cooling and physical security, and is connected through redundant, high-bandwidth, ultra-low latency networks.

AWS’ $7.25 billion investment in the Auckland cloud region will include capital expenditures on data centre construction, operational expenses such as utilities and facility costs, and the purchases of goods and services from regional businesses, according to an AWS economic impact study.

The cloud region will create an estimated 1,000 new jobs in New Zealand and have an estimated NZ$7.7 billion economic impact on New Zealand’s gross domestic product in the next 15 years, according to the study.

AWS set up its first local New Zealand entity — AWS New Zealand — in Auckland in 2014 and this year expanded its presence with the opening of new offices there and in Wellington to support more than 100 employees, according to the company.

Consegna, an AWS Premier Consulting Partner, has worked with the cloud provider since the Auckland-based company’s launch in 2016.

“Leveraging the AWS global infrastructure has enabled us to assist customers in Australia and New Zealand, and it’s helped us drive mass migrations as far afield as California in the U.S. by replicating our delivery methodologies and frameworks across availability zones and AWS regions that are consistently global.”

Eliminating departmental friction within MSPs
By Donna Goodison
Sep 24 2021
6:48AM