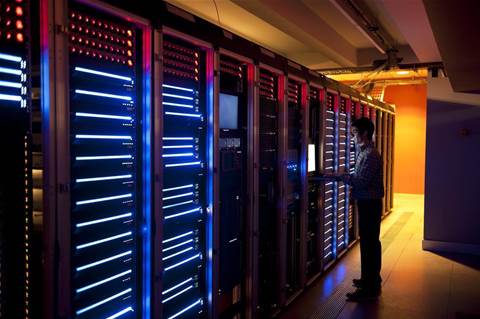 Amazon Web Services during its AWS re:Invent conference this week unveiled a preview of its Mainframe Modernization service to help systems integrators and customers migrate legacy workloads to the cloud and assess migration readiness.

While the service is aimed at assisting with the most complex migration jobs from large enterprises, smaller AWS partners can also take advantage of the service, Chris Niederman, AWS’ general manager of global systems integrators, told CRN.

The news comes after AWS announced the general availability of its migration and modernization competency for partners to showcase validated software offerings for customers, also announced during the conference.

“You see some of the GSIs [global systems integrators] managing the mainframe infrastructure, the applications—there are smaller partners that do that as well,” Niederman said. “This is designed with the customer in mind. Any partner who engages with a customer based upon industries or otherwise where they want to engage with the customer to offer a mainframe solution mainframe service, it’s equally applicable to the GSIs or smaller partners as well.”

To help with migrations that require technical expertise and can cut down on migration time, the AWS Mainframe Modernization service provides a runtime environment with compute, memory and storage to refactor workloads—converting applications from legacy languages like Cobol into Java-based cloud services—and to re-platform workloads with existing code.

Andy Tay, the lead for Accenture’s AWS Business Group, told CRN that the service comes at a time when companies are still at the earliest stages of mainframe migration and even earlier on recognizing the application and operational benefits of cloud use.

“A ton of migration to the base infrastructure cloud has to happen—we’re still in the very early stages there,” he said. “I would say that achieving additional value from the cloud is even in its more nascent early stages.”

Industries such as banking are “truly at an inflection point,” Tay said. “Existing mainframe applications continue to limit a whole chunk of agility.”

The AWS service “reduces risk, but it doesn‘t reduce the need for GSIs,” Tay said.

Users only pay for the amount of compute provisioned with no up-front costs. The preview is available in the U.S. East, U.S. West, Asia-Pacific, EU and South America regions, with more availability in the coming months, according to AWS. Launch partners include Accenture, Capgemini, Deloitte, Wipro, Cognizant, DXC and Tata Consultancy Services.

Industries such as banking, insurance and manufacturing continue to seek ways to leave legacy data centres and move workloads to the cloud for operational savings and improved application performance, Niederman said.

More than 100,000 companies still use IBM AS/400 technology within IBM i for mission-critical applications, according to an April blog post by cybersecurity company HelpSystems.

“Every one of the GSIs I cover, every one of the SIs that we have, all the partners, they all have customers who have mainframes,” Niederman said. “We’ve heard loud and clear from our customers and partners for years, can we please do something more to help innovate in this area—which is how we’ve responded.”

Grabbing the hybrid cloud opportunity with Lenovo and Azure Services
By Wade Tyler Millward
Dec 1 2021
6:56AM