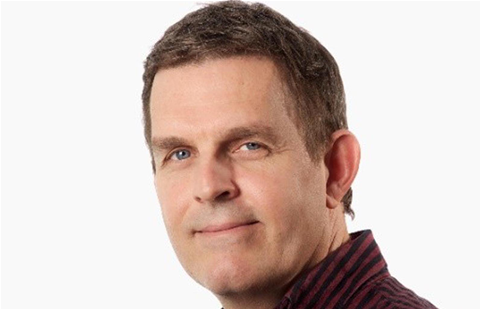 It’s semi-official: Former 23-year Amazon Web Services veteran Charlie Bell has been named an executive vice president at AWS rival Microsoft, where he will lead a newly formed engineering organisation focused on security, compliance, identity and management – presuming he comes to an amicable agreement with his former employer.

Bell will be a senior engineering leader focusing on leading teams and building “world-class platforms to address some of the world’s biggest challenges,” according to his page on LinkedIn. He will report to Microsoft CEO Satya Nadella.

“I’m thrilled to join Microsoft to take on one of the greatest challenges of our time, leading a newly formed engineering organization: Security, Compliance, Identity, and Management,” Bell said in a LinkedIn post.

“As digital services have become an integral part of our lives, we’re outstripping our ability to provide security and safety. It’s constantly highlighted in the headlines we see every day: fraud, theft, ransomware attacks, public exposure of private data, and even attacks against physical infrastructure. This has been weighing on my mind, and the best way I can think to describe it is ‘digital medievalism,’ where organizations and individuals each depend on the walls of their castles and the strength of their citizens against bad actors who can simply retreat to their own castle with the spoils of an attack.”

“We all want a world where safety is an invariant, something that is always true, and we can constantly prove we have,” Bell continued in his post. “We all want digital civilization. I believe Microsoft is the only company in a position to deliver this, and I couldn’t be more excited to work with this talented team to make the world safer for every person and organization on the planet.”

Research firm Gartner has recognised Microsoft as having the best endpoint protection platforms, but Microsoft’s products and supply chain have been beset with security challenges of late, from hackers taking advantage of alleged Microsoft Exchange Server vulnerabilities to the SolarWinds breach first reported last December.

Cybersecurity is one of the “most challenging issues of our time – for every person and organization on the planet — and it is core to our mission,” Nadella wrote in an email to Microsoft employees, according to Bloomberg. Securing customers’ technology platforms, devices and clouds “is a bold ambition we are going after and is what attracted Charlie to Microsoft,” Nadella said in the email, Bloomberg reported.

Bell will officially start at Microsoft once “a resolution is reached with his former employer,” Nadella said.

“We believe Charlie Bell’s new role can help advance cybersecurity for the country and the tech sector as a whole, and we are committed to continuing our constructive discussions with Amazon,” Microsoft spokesman Frank Shaw said in an emailed statement to CRN US. “We’re sensitive to the importance of working through these issues together, as we’ve done when five recent Microsoft executives moved across town to work for Amazon.”

It’s unclear whether Bell had entered into any non-compete contract with AWS, which did not immediately respond to CRN US’s request for comment.

Bell most recently was senior vice president of AWS, responsible for leading the general management of AWS services, including product definition, pricing, P&Ls, software development and service operations, and reporting to former AWS CEO Andy Jassy. Bell also was a member of Amazon’s S-Team, a group of about 26 senior Amazon executives that meets regularly with its CEO to confer on strategic decisions facing the company.

He joined AWS parent company Amazon.com in 1998 as director of software engineering, when it acquired Server Technologies Group, the startup he had founded two years earlier to build internet commerce transaction software.

He moved from leading Amazon.com’s software and systems infrastructure to his AWS services leadership role in 2006.

“Charlie grew the AWS business from initial S3 and EC2 offerings to, what is today, the broadest cloud services offering in the world with a trailing twelve-month revenue run-rate in excess of $50 (billion),” his LinkedIn page states.

New AWS CEO Adam Selipsky had announced Bell’s departure and other leadership changes in an August email to employees, and subsequent reports indicated he had landed a position at Microsoft. Selipsky, who previously served as vice president of marketing, sales and support for AWS until he became CEO of Seattle Tableau Software in 2016, had previously been with AWS for 11 years. He rejoined AWS in the CEO role in July, replacing Jassy, who now is CEO of Amazon.com.

Bell had been considered a prime candidate to replace Jassy as AWS’ second CEO since its 2006 launch. It’s unclear whether his departure is tied to Selipsky’s appointment.

“Charlie has been instrumental in so many of the most important initiatives at Amazon, it would be impossible to list them all,” Selipsky said in that email. “His impact has been deeply felt across the entire company and literally across decades. We wish him the best and thank him for all of his contributions and for the innovation he has driven.”

Grow your software revenue by selling these 5 affordable, essential tools for the modern workplace
By Donna Goodison
Sep 16 2021
6:51AM