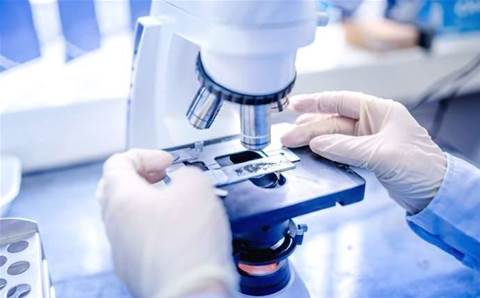 Vodafone showed off its distributed computing application for cancer research, developed in conjunction with Melbourne AWS partner B2Cloud, at the AWS Summit in Sydney on Thursday.

The Dreamlab app was developed in collaboration with the Vodafone Foundation, medical research organisation Garvan Institute and app developer B2Cloud.

The software allows users to contribute idle computing power on their smartphones to Garvan to help it process massive amounts of research data. Data is distributed via the Amazon Web Services cloud and returned to Garvan after processing.

Head of Vodafone Foundation Alyssa Jones told audiences at the Amazon Web Services Summit in Sydney that Dreamlab has crunched 14.6 percent of the research data since it launched in December, and that this would have taken eight months without Dreamlab.

Users can choose to support research in breast cancer, ovarian cancer, pancreatic cancer and prostate cancer, with more options opening up in the future. Donations can be pledged in either 50MB, 250MB or 500MB monthly increments for processing, with Vodafone customers granted free mobile data for the purpose.

Jones told CRN that Garvan was facing problems getting access to expensive super computers, and that using AWS to create a virtualised super computer was a unique proposition.

“We couldn’t have done it without [AWS]. As we potentially grow Dreamlab and roll it out in other markets, their role will be hugely important given they’re a globally scalable company so it makes sense to do it with them,” she said.

Jones added that Dreamlab could be extended to any research initiative that uses big data, with a potential for 27 more research areas that can be added once Vodafone signs up more subscribers.

The developers behind the app, B2Cloud came across the technology while workshopping developments in distributed computing. Managing director Josh Guest told CRN it took a team of approximately 20 people working on the app in collaboration with B2Cloud, Garvan, Vodafone and AWS.

“What we learnt was that the cost of research was so high and the availability of super computers is so low. That's why we found a way to use mobile devices,” said Guest.

“The idea is that this is a highly scalable application that can be used around the world can be scaled with AWS’s servers. We think applying distributed computing into medical research is unique, especially using a smartphone for research.

Based in Melbourne, B2Cloud has developed apps for Telstra, Virgin Mobile, Catch of the Day and Bupa Insurance.

Dreamlab is only available on Android smartphones currently, but an iOS version is in development.