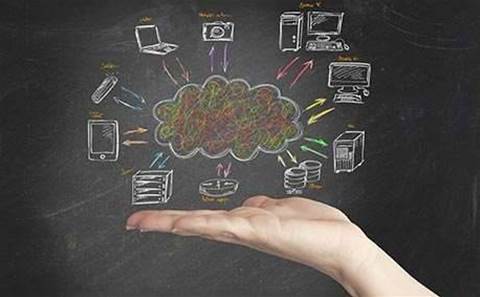 Backup vendor Vembu's has faced hostility from its customer base of managed service providers following a change to its channel model and publication of a white paper in which it said "MSPs are dead".

Problems arose in the middle of last year, when the vendor announced that future versions of its Vembu BDR (Backup and Disaster Recovery), which replaced its StoreGrid tool, would not allow MSPs to host customer backups, which can now only be hosted on Vembu's cloud servers.

The change in direction has meant MSPs that had built their offering around on-site backups – such as for compliance reasons – have been forced to architect new solutions.

"MSPs would typically leverage the product suite of a particular vendor after careful deliberation on pricing and/or features and then rebrand it with a private label. This was done to reinforce their own brand and identity with the customers and so they could own the process of first level support for such products in fear of exposing customers directly to the product vendor."

According to Vembu's white paper, the ease with which end users can access information about technology means that "the outmoded practices of keeping the vendors behind the white label curtain cannot be obscured or hidden by simply rebranding their products to create an illusion of ownership".

"Even worse is the negative image that would accrue when the customers peel past the branding and figure out that they could have directly purchased the products at a lower price instead of paying a markup of 10 percent or even more by their trusted advisors."

"Let’s get one thing straight. Product vendors have to be channel friendly and it’s in their business genes to support and coexist with the channel. But a reforming channel culture necessitates us to correct this misconception that MSP is synonymous with the channel. It is only appropriate to say that the MSP should be aligned with the channel and not the other way around."

MSPs using Vembu reacted with outrage. They have set up a LinkedIn group, dubbed "Gotcha!", as well as taken to other forums to vent their anger and search out alternative products.

CRN has seen comments, including those made in Vembu's own partner forums. One MSP wrote: "We have 23 backup servers, 12 replication server. Our customers range from small private businesses, financial institution, retail banks, medical groups etc… To maintain compliance for several of them, data must stay onsite."

"We started using Vembu because they integrated in with ConnectWise, which is one of the main reason we went with them, and it let us do remote backups and store them on our servers rather than on the cloud.

"We do specialised backup where we need the data on our premises for compliance reasons for those customers."

Datavault has dumped Vembu after the change of direction. Churchward told CRN he was annoyed at having spent $11,000 on Vembu licences with the expectation that coming versions would retain on-premise backup capabilities.

Churchward become aware of the issue around October 2014. "They released a new version then took it away. When we asked where the new version is, they said, 'We have changed our business model, you can only use the old software and that will only be supported for 12 months'."

Datavault has since switched to eFolder. In various forums, other MSPs have pointed to Ahsay, Asigra and Datto as options.

Adelaide-based LeetGeek, which was No.1 in the 2012 CRN Fast50, also had its backup strategy thrown into disarray by Vembu's U-turn.

LeetGeek has been using Vembu StoreGrid for around seven years. "I sought out the product because I was able to use it as remote backup for a lot of our smaller customers, and the backup destination being in our office," said director Richard Stafford.

"One of the selling points of our service is, 'We have your data, it is here. If something happens to your site, we don't need to download it from the States or wherever'," Stafford added.

"Then they released this BDR product and completely changed their direction, saying we can only back up to Vembu's cloud now, which defeats our product – holding the data here at our office in Adelaide."

Stafford added that Vembu's white paper was "a bit of a laugh".

LeetGeek is planning to switch to an alternative backup tool, said Stafford. "We are still testing and building different infrastructure and we will shift them when we are ready. StoreGrid is still working. Crashplan is looking like the contender for me because of the Mac capability."

Matt Weimann, director of Tasmania-based managed service provider XByte IT Solutions, told CRN that his company had invested $10,000 in hardware to host backups because "it was important for our clients to have their data stored with us".

When Vembu changed tack, "there was no communication on what’s going to happen with their product. They said version 6 is coming on their forum and that was it. We, their resellers, never got informed of the changes. I thought at one stage they went under."

XByte IT Solutions also took a hit on licences. "As we can’t afford to offer unsecure not supported backups, we had to pull the pin. We still have 90 percent of our licenses left but took our losses."

Weimann has switched to MaxFocus Backup, developed by LogicNow (formerly part of GFI Software), running on-premise on XByte's servers. "[We] had to invest in new hardware again for the changeover but it was worth it. We had to change our whole setup as we now have to bill per GB."

It's unlikely that XByte is alone in switching to Max Backup: parent company LogicNow sought to capitalise on the unrest with a worldwide promotion for the backup product, which reads:

"Have you been affected by recent changes at Vembu? If yes, then you should consider moving to feature rich MAX Backup for total peace of mind. MAX Backup is the most complete onsite & offsite hybrid-cloud solution available. It will help you grow your business and increase your revenues by providing a high-value backup and recovery service to your customers."

Vembu's vice president, Len Srinivasan, explained to CRN why Vembu had moved away from a white-labelling model and toward a more traditional software resale approach.

"We strongly believe in [the] channel model and wanted our products and services distributed through the channel," said Srinivasan.

"But we found that many MSPs are not channel. They actually behave like customers since as a vendor we don't have visibility on who our end customers are. In our old model, the product and business requirements are primarily driven by MSPs rather than the actual end user of our products, which are small businesses and IT administrators.

"[The] majority of MSPs were also rebranding our products and services and hence we were losing our brand value over a period of time," said Srinivasan.

Despite the backlash, Srinivasan claimed MSPs had largely stuck with Vembu. "Based on our recent survey, 75 percent of our partners agreed to sign in to the new partner model where we don't allow rebranding and also have the data hosted on our cloud based on Amazon AWS, Google or Microsoft.

"[The] remaining 20 percent of our partners are evaluating our newer model. Very few partners said that this new model isn't going to work for them and had to look for a different vendor," he said.