Bankrupt Avaya granted US$425 million loan from US court 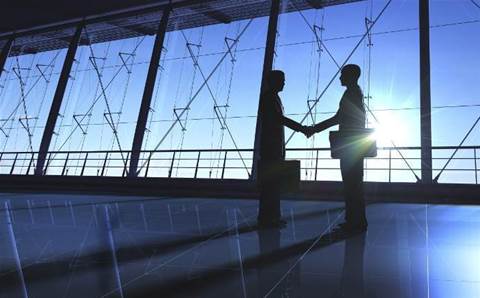 A US bankruptcy court judge granted Avaya approval on Friday to tap US$425 million of the US$725 million loan proposed to carry the telecommunications company through its restructuring, funds the company said were essential to continue operations.

Avaya filed for Chapter 11 bankruptcy protection on Thursday to cut its debt of about US$6 billion after efforts to sell its call centre business and reach a consensual deal with creditors failed.

The bankruptcy underscored the challenges telecoms companies face as they transition to software and services from hardware.

"The company has taken a decisive step to rightsize its balance sheet," Pat Nash, one of the company's attorneys, told Judge Stuart Bernstein at the US Bankruptcy Court for the Southern District of New York.

Nash said Avaya would be "marrying a balance sheet restructuring with an operational transformation."

The company's lawyers said a significant portion of the US$725 million loan, extended by an affiliate of Citigroup for up to a year, was funded by Avaya's existing lenders.

Avaya plans to return to US bankruptcy court on Monday for approval on other expenses.

Buyout firm Clayton, Dubilier & Rice LLC (CD&R) had been in the lead to acquire Avaya's call centre business for about US$4 billion. But Avaya and CD&R could not agree on price, terms or how the deal would affect Avaya's pension obligations, a person familiar with the matter said on Thursday.

Avaya has liabilities totalling about US$1.5 billion stemming from its pension and other promised post-employment benefits.

The Santa Clara, California-based company faced potential penalties from lenders on 28 January after it did not turn in its annual financial statements for its fiscal year on 29 December.

Avaya has consistently reported losses, stemming in part from costs related to its debt. It was taken private in 2007 for US$8.2 billion by private equity firms Silver Lake Partners LP and TPG Capital LP.

Grabbing the hybrid cloud opportunity with Lenovo and Azure Services
By Reuters Staff
Jan 23 2017
10:08AM