Bankrupt reseller's cautionary tale in having only one client 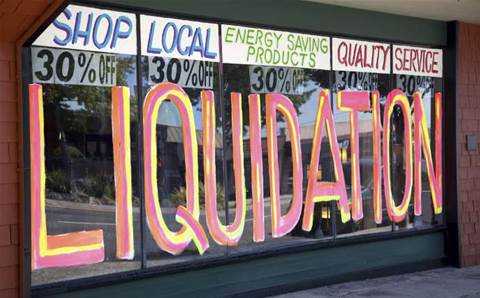 The clock was ticking for Savvy IT, a Sydney IT consulting company, after its director Cary Morsink became a bankrupt in March 2014.

But the liquidator, Peter Hillig from Smith Hancok, wasn’t appointed until 24 July 2015. Why the delay? Because this was a case of an Australian Taxation Office clean-up job.

And therein lies the sorry tale of Savvy IT.

The company’s big problem was that it had just one client. A significant client that was paying Morskink enough to keep him in business and to pay his two employees. But of course, the problem with having one client is that the company is putting all its eggs in one basket. When something goes wrong with the client, the business will be in trouble.

That is exactly what happened. The client wasn’t happy with the work and refused to pay. The result: Morsink went bankrupt, sending Savvy IT belly-up, owing the tax office $180,000 in tax liabilities.

Timing was not Savvy IT's friend, as the ATO becomes increasingly aggressive in pursuing debts.

The long-term national average for the ATO to wind-up companies is about 90 a month. For the past three months, it has been running at a rate of 400 a month, which explains why the ATO called in the liquidators more than a year after Morsink went bankrupt.

SMEs with outstanding tax debts have become a target for a cash-strapped government. Given the state of the Budget, this is likely to continue.

With the ATO declaring a war on SMEs with tax liabilities, Savvy IT was caught in the crossfire.

So what’s the likelihood of the ATO getting its money? Next to none.

Being an IT consultancy, Savvy IT had no assets apart from debtors. That money has already been paid. The ATO will get nothing from Savvy IT.