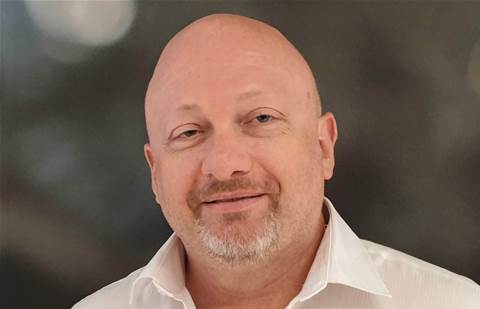 “In the commercial world we have a very structured meeting runs for two hours and does a few important things.”

But when Barhead won a deal to help national Christian charity Mission Australia radically rebuild its technology, the project started with a meeting between the channel company and homeless people.

“If your professional experience is working on CRM projects at banks and insurance companies, it is very different to talk to people whose lives troubled, and those who are trying to support them.”

Struthers thinks that meeting had a huge impact.

“I think it created a deeper level of engagement and affinity towards the desired outcome,” he said.

“They were much more engaged than other groups I’ve worked with,” Smith said. “They really understood what we were trying to do.”

The kickoff meeting with clients also showed Barhead’s team that this was a job on which warmth and compassion would be required, along with a business outcome.

The outcome Mission Australia needed was replacement of an application that had reached end-of-life. The charity worked with a now-defunct company to create the application and had added many modules over its life, but documentation was scanty, crashes were common and the software was so weighed down by technical debt that new features became all-but-impossible to implement.

That hurt Mission Australia, Smith explained, because it bids for contracts offered by governments and then needs technology infrastructure to deliver services and report on progress. The organisation works across many fields – among them child care, support for the homeless, juvenile justice services, mental health, domestic violence and services for indigenous communities. When CRN met Smith he said Mission Australia was conducting over 400 contracts, an indicator of the kind of flexibility it requires.

“We wanted to create a modern digital case management system that allows our people to work my any time, any place, on any device,” Smith said. The application also needed to cover community development planning, client feedback management, impact measurement and client brief interactions. Productivity was important too: Mission Australia case workers and social visit their clients face to face, often in remote communities, and typically then recorded the interactions when they returned to the office one day each week.

A mobile app that allowed data entry on site would mean a 25 to 30 percent time saving.

A back end that links services was also desirable. Mission Australia’s clients often use more than one of its services and have non-linear paths towards their personal outcomes. Smith explained that a client working on drug treatment issues might move to new accommodation, but not have sufficient money to buy a fridge. Government assistance is available in such circumstances, and Mission Australia needs to administer that along with their drug and housing services.

“We do not want to be technical people, we want to use technology tools and do it well.”

Next was a platform decision that Smith felt came down to Salesforce or Dynamics.

“Either one of those would have worked for us,” Smith told CRN. But Mission Australia had already done some work with Dynamics, and with Barhead.

“They helped on a CRM for donations,” Smith said. “That went very, very well.”

All of which led to that meeting with Mission Australia’s clients and that very different perspective on what success looks like on this engagement.

Around 400 users are now starting to use Barhead-configured apps, dubbed “MA Connect”, running on either HP tablets or iPhones and iPads. Smith isn’t fussed about devices – it’s about what is right for end-users.

Struthers told CRN the project’s reached the end of its first phase.

“We've put the app in the hands of the users. Feedback has been fantastic.”

And now the project is scaling out to other Mission Australia services.

“Social workers are telling us they never knew what a ‘pick list’ before the project. Now they are using our acronyms and articulating what they want in the platform.”

“The project significant not just because of its size, it’s highly visible and it is actually making an impact on the community. That gives our team a better feel for how they make a difference than [on] other projects that might feel like just putting fields on a page somewhere.”