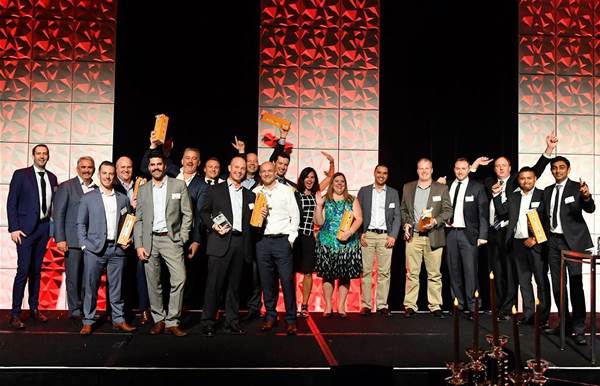 In a jam-packed awards night at the Sofitel Sydney Wentworth, Microsoft Dynamics 365 partner Barhead Solutions was crowned the fastest growing IT provider for the 2018 financial year.

The team had a massive year, growing revenue by an astonishing 452.3 percent to hit $11 million, picking up key wins and gaining international recognition.

Second place went to Adactin, which returns to the Fast50 after placing in both the 2017 and 2016 awards. Adactin continues to grow out its offerings and in the 2018 financial year grew 174 percent to hit $18.11 million.

What began as a software testing firm has strived to evolve, with foundations in place to offer end-to-end services across several practices from multiple sites in Australia.

Third place was won by CMD Solutions. This three-year-old company saw itself as a cloud specialist and focused on AWS and targeted the financial services industries. It grew 164.87 percent to hit $5 million this year.

Details on the other 47 winners, including the entire list, a full breakdown of their stats and analysis of the numbers, have been published in the November issue of CRN magazine, and will soon appear online.

There were 24 first-time finalists this year, with 26 returning companies, up from the 19 that were return finalists last year. The CRN Fast50 delivered an average growth rate of 87 percent, and generated revenue of almost $600 million.

A number of Australian IT firms were also recognised with CRN Fast50 Honours Awards.

The 2018 CRN Fast50 Leader Award, recognising the biggest company on the list, was Cirrus Networks, returning after taking out Leader honours last year. The Editor’s award was won by Versent. CRN’s Icon Award, as voted for by the CRN Fast50 companies themselves, went to Brennan IT.

Blue Apache was given special recognition as CRN’s 2018 Fast50 All Star in the event’s tenth year. A company that has been in eight out of the 10 Fast50s, Blue Apache has demonstrated strong growth time and time again.

CRN also awarded Kettering Professional Services with the Comeback Star Award. Kettering appeared in the 2010 Fast50 in 10th place, and returned this year after renewed growth.

Congratulations to all our 2018 CRN Fast50 winners.