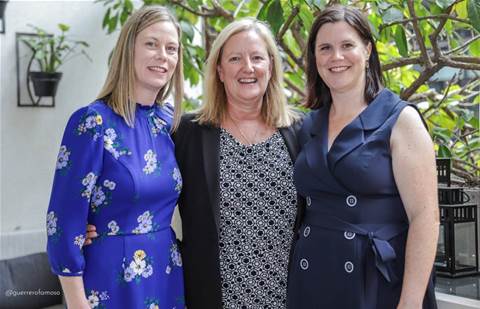 First is Lisa Crosbie, who was promoted to technology evangelist. Crosbie has worked for Barhead since August 2017, and was named a Microsoft MVP for her contributions to Dynamics 365 and Power Platform communities, one of only 18 people with the distinction in the country.

In her new role, Crosbie will help customers keep up with changes to Dynamics 365 and Microsoft's Power Platform and advise on applying both products. Crosbie also designed and delivers App in a Day training demonstrations, having trained staff from almost 600 companies over the last six months.

Amanda Stenson is another new hire, in the role of not-for-profit lead. Stenson has worked in the sector for the past two decades. She will lead Barhead’s not-for-profit portfolio which includes the likes of the Australian Indigenous Education Foundation, Mission Australia and Wesley Mission. Prior to Barhead, Stenson worked for the Advanced Solutions International for 15 years.

Finally Jennifer Maritz was hired as Barhead’s new head of sales. Martiz previously worked for IBM for 20 years, in addition to being CEO of Nvoi before joining Barhead.

All three hires were made in late 2019 and announced this week.

Barhead CEO Ken Struthers said the company is aiming to create an “open and welcoming environment in the organisation, giving us more opportunities to find the right people.”

“Currently, there is a disparity between male and female employees in the tech industry. The disparity becomes even greater in key leadership positions. At Barhead, we want to recognise the contributions of our female employees and continue to push for greater employee equality. This is what gives us a unique voice and creates diversity of thinking that enables us to more effectively help our clients solve their problems.”

“Microsoft has been championing diversity and inclusion in the workplace for many years. It’s great to see Barhead offering leadership pathways for women in technology. These new appointments will only strengthen what Barhead has to offer,” said Bondi.