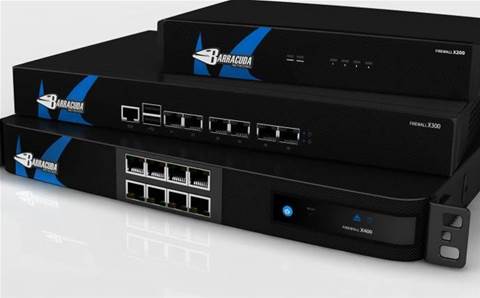 As part of the acquisition deal, Barracuda has signed a multi-year agreement with Avast to resell that company's Integrated Antivirus, Integrated CloudCare Antivirus, and Avast Business Antivirus Standard, Pro, and Pro Plus offerings.

No financial details of the acquisition or reseller agreement were released.

The move could make Barracuda a potential competitor with other RMM platform developers such as Datto RMM from its Autotask acquisition, or Kaseya's VSA platform. However, Barracuda, which has relationships with most of the major RMM platform providers, as of last week did not indicate whether its new offering would be aimed at a wider range of technologies or stay focused on the security side of the business.

Managed Workplace also integrates with such third-party platforms as VMware and Microsoft Hyper-V virtualisation platforms and a number of professional services automation, or PSA, providers including Datto Autotask, ConnectWise, Tigerpaw, Salesforce, and more.

"Managed Workplace’s security-centric approach is what made it stand out to us," Babineau said. "We believe there is a gap in the MSP marketplace for a security-centric RMM that makes it easy for MSPs to incorporate security tasks into their usual management routine. Security has become a critical part of MSPs’ offerings, and we want to make it easier for MSPs to manage security operations efficiently.”

For Avast, the deal provides an opportunity for the company to focus more on investing in the channel to better serve the security needs of their customers, said Kevin Chapman, Avast Business general manager, in a statement.

Grabbing the hybrid cloud opportunity with Lenovo and Azure Services
By Joseph F. Kovar
Feb 4 2019
10:38AM