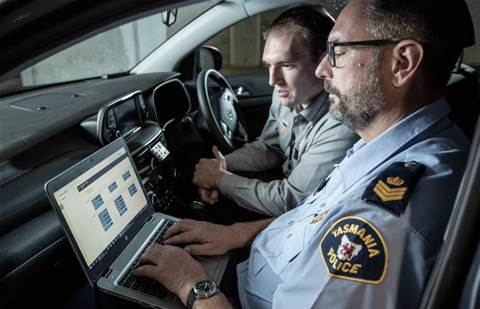 Systems integrator bdna has migrated Tasmania Police’s 30-year-old IT systems and replaced it with a modern police record systems.

TasPol was getting by with its ageing technical infrastructure environment which consisted of 30 legacy systems and more than 128 million individual data records stored in six separate source systems, some which had been around since 1988.

That wasn’t good enough for the organisation though, which began looking for a partner to help replace its legacy systems, reduce reliance on locally managed infrastructure, cleanse its existing data records, and the ability to implement solutions and scale-up functionality over time.

“Information and intelligence have always been the lifeblood of policing,” said TasPol project director Commander Mark Mewis. “There are obvious safety implications for both the community and our police members if information is delayed, inaccurate or incomplete.”

In stepped bdna, who was tasked with leading the migration and digital transform. The company went with a new system based on Niche RMS, a bespoke policing platform developed by Niche Technology that provides law enforcement agencies with all the functionality expected from a modern policing agency, such as intelligence reports, information requests, flags and cautions, missing persons reports, DNA & fingerprint identifications and more.

The Niche RMS was configured for TasPol’s needs and dubbed ‘Atlas,’ which runs in a Protected-level Microsoft Azure data centre.

In addition to the new system, bdna identified the need by front-line officers for better search functionality, so decided to build an application called Compass that sits on top of the integration framework. Compass provides a tool that consolidates information for officers into a single user interface.

Atlas and Compass both run in the Protected-level Microsoft Azure data centre in Canberra, though the Atlas client itself is deployed on TasPol's devices.

When it came down to the implementation, bdna came up with a targeted data cleansing script in order to manage the migration of the more than 128 million records, which involved merging records as they were processed into the new system to remove duplicates and flag anomalies. In total, 63.9 million records were migrated, and 2.86 million were cleansed.

Customers never want downtime for their systems, especially when they provide vital services like law enforcement. bdna timed the migration of 400 activities down to the minute, and despite its best preparations, there were still two major obstacles during implementation: a critical slowdown of the network and a legacy system server crash. Luckily, bdna managed to uncover the cause and remedy the issue, with the system going live less than five minutes behind schedule.

All-in-all, the first phase of Atlas’s rollout went live in October within the 15-month delivery time frame and within the budget scope.

“This represents a significant step forward for Tasmania Police, and will ultimately result in a safer working environment for police, and better outcomes for our communities,” said Mewis. “Collaboration with our partners is already delivering benefits to project outcomes and the agency more broadly.”