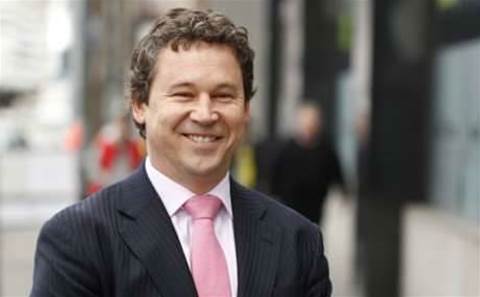 Commander, best known for its business desk phones over its 30-year history, has become a reseller of power to differentiate itself from other comms providers.

"What do all businesses have? They have electricity and communications," said Scott Carter, business director at parent company M2. "Traditionally telcos have bundled comms with broadband. Now we can bundle comms, broadband and power."

Carter told CRN that Commander is "only focused on the small business market" and has in mind two "core" scenarios with the electricity product.

"The first market is a new business setting up – it can connect all its comms and power through one provider," said Carter. "The other scenario is a small business that's relocating – and they would come to us for the same reason."

The offering soft launched in March. Carter said that coverage has increased since then and now "most locations" in Victoria, NSW and South Australia are eligible for Commander's electricity service. The suppliers vary according to the area.

"The project was several months in planning," Carter told CRN. "When M2 acquired Dodo [last year], we gained the capability to resell power."

"Dodo sells power to consumers, while Commander now offers it to businesses."

When asked how the take-up of the new service has been, he said: "The early response has been very positive."

The power service is offered through a simple discount structure: if the customer pays on time, a 20 percent discount is applied to both the telephone bill and electricity bill. Power can also be purchased alone with the 20 percent reduction still applicable.

"It's a 20 and 20 bundle and you only have to deal with one organisation," said Carter.

According to Commander's website, there is "no lock-in contract" and "no exit fee" with its power bundles.

The director told CRN that Commander's small business strategy is what motivated the firm to look at reselling power.

"We looked at our target market and thought 'What do small businesses value'? They value controlling costs."

Commander is owned by publicly listed communications giant M2, which also has the Dodo, iPrimus, Engin and M2 Wholesale brands on its books. M2 has reduced staff numbers twice in the past year, with revenues expected to approach $1 billion in its annual results due out later this month.

Eliminating departmental friction within MSPs
By Tony Yoo
Aug 6 2014
10:00AM