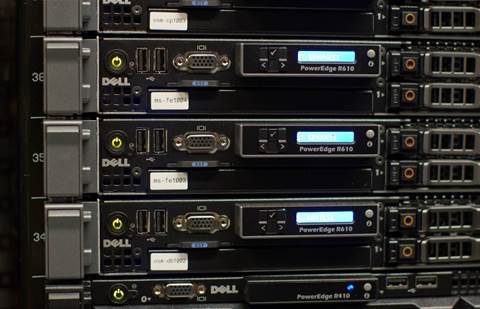 Eight months into his new job overseeing Dell EMC's storage business, Dell vice chairman of products and operations Jeff Clarke is feeling good about the company's ability to set the pace in the intensely competitive storage market. Clarke, in fact, sees a big payoff coming from Dell's US$58 billion acquisition of storage market leader EMC -- the largest acquisition in IT history.

"You have the power of this combination coming together and a lot of creative minds -- whether it's the go to market side or the core products side – that are beginning to hit their stride," said Clarke in an interview with CRN US at Dell Technologies World.

"What happened in the past is EMC made a lot of acquisitions and that strategy served them well, but they left those acquisitions to be separate entities – what I would call silos. What I have spent my first few months doing is breaking down those silos because what I care about, for example, is Dell EMC storage not a particular brand or product."

Clarke, who helped resurrect a once flagging Dell PC business in the early 1990s and transformed it into a market leader, was leading Dell's Client Solutions Group when he was asked in September to take over the reins of Dell's Infrastructure Solutions Group (ISG).

"At the core, what do I bring [to ISG]? I bring a disciplined R&D approach that has a track record of innovating and differentiating in the market place and winning -- that's what I'm going to do," said Clarke.

Clarke is focused squarely on driving sales growth and market dominance for Dell EMC's US$16 billion storage business. That's no small matter given that Dell Technologies reported an 11 percent drop in storage revenue for its fourth fiscal quarter ended 28 February. "We need to get it going and growing in the right direction," Clarke told analysts during the fourth quarter call in March.

Getting it going is just what Clarke did last week in what amounts to the biggest redrawing of the Dell EMC storage product road map since the EMC acquisition two years ago. It represents what is almost surely the biggest and boldest bet yet by Dell EMC to turn the heat up on storage competitors with a revamped product portfolio.

Under Clarke's plan, Dell EMC is realigning its engineering teams to focus on four primary storage product lines. The changes focus the Dell engineering teams squarely on a single product line for each market segment moving from low end to midrange to high end and a separate product for the unstructured file and object storage market.

Even though Dell is redrawing the product road map, the company is not going to end of life any current products in the market today such as its SC, Unity, XtremIO, Isilon or ECS storage product lines, sources said.

Partners said that what the restructuring has done is brought sales focus to a product line that was suffering from a lot of overlap, creating confusion for both partners and customers. The sheer amount of storage intellectual property that Dell EMC houses is staggering given that EMC alone bought 49 companies in the decade before it was acquired by Dell.

"I'm putting all of the IP (intellectual property) of the organization together, which is a lot -- given that we've been in this business for a very long time, probably more than anybody else," said Clarke of the restructuring.

"In the past it had been very segmented. In the future, it's a common pool of technology that we will be able to apply to each and every product based on the set of market requirements to win. That is the transformation that is underway inside our storage business unit and we're doing the same thing on our data protection side and hyper-converged infrastructure and converged infrastructure side."

Clarke, a 31-year Dell veteran, has worked side by side with Dell Technologies founder and CEO Michael Dell longer than any executive on the planet. He said all of the changes are focusing the storage product teams squarely on accelerating innovation.

Besides the revamped product effort, Clarke has also been the driving force behind what amounts to an all out storage sales charge investing more than $2 billion, hiring 1,200 new storage sales specialist and initiating for the first time channel storages sales quotas.

"We've changed the compensation plan to be more indexed toward storage and storage hurdles. There was a number of channel incentives to sell more storage," he said. "You're seeing the company absolutely get behind this."

Solution providers said they are breathing a sigh of relief now that the legendary fixer and Michael Dell's right-hand man Clarke – who now oversees US$70 billion of Dell Technologies US$79 billion in annual sales, has taken on the daunting task of driving storage sales growth.

The storage group restructuring comes after several key moves that Clarke made earlier this year that are paying off in higher sales growth for Dell EMC partners.

Earlier this year, Clarke led an initiative to grow share in the systems market by consolidating Dell EMC's hyper-converged infrastructure, converged infrastructure and high-performance computing teams into its core server and storage business units. The company also ended its independent Converged Platforms and Solution Division in a move to streamline how the company builds and delivers systems.

It was also Clarke who brought together VMware's vSAN product from the EMC acquisition and combined it with Dell's PowerEdge servers to deliver the game changing VxRail product.

"I aligned hyper-converged infrastructure because it's software-defined running on industry standard servers and we are the industry standard server leader," says Clarke. "It made perfect sense to me that an application of server is to put management and our vSAN product from VMware in a tightly package appliance and leverage that versus doing it individually."

"That program is essentially a reference architecture blueprint for all Dell IP," Clarke said. "You'll see us do more and more of this."

"We've had complexities that are less optimal from a velocity perspective, especially when you have to go support multiple platforms that are trying to do things in parallel," said Haas, speaking about Clarke's focus on the storage business. "He'll drive the simplification. He'll drive that time to value for customers as a core tenet of the R&D organization."

Clarke started as a quality engineer in 1987 and quickly moved into a product development role. In 1997, he founded and launched Dell's Precision workstation product line, while overseeing Dell's OptiPlex, Latitude and Precision commercial PC lines of business.

Future Tech's Venero said Dell's PC line in the 1990s was "floundering" before Clarke took over. "There wasn't a lot of innovation at that time or structure value to it. Jeff came in and redid that entire line, got the PC business up and functioning where it should have been. And he did it in a short period of time," said Venero.

Clarke is striving to make it easier for channel partners to buy, integrate and sell across Dell Technologies in an effort to become the leader in digital transformation leader. Dell recently unveiled its first step to a unified go-to-market strategy with the Dell Technologies Advantage program, which provides new vendor engagement, tools and incentives to help partners sell across all of Dell Technologies.

Clarke speaks Michael Dell frequently to discuss roadmaps and joint strategies. "We want to make it easier for our sales makers and more importantly our customers to do business at that macro level," said Clarke. "The collaboration between us and the family of other properties is at an all-time high and will only grow. We're going to do more integrated solutions together."

Competitors like Cisco, Hewlett Packard Enterprise and Huawei can do only do "particular slices" of the total package that Dell Technologies brings to the table, according to Clarke. "Nobody, we believe, has the capability to match our ability to build integrated holistic solutions across that whole stack. It's an unmatched capability," he said. "I like our hand."