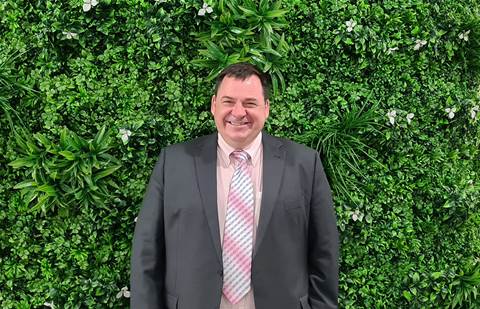 FTS Group has made a number of acquisitions over the last few years including Conexxion, Galaxy 42, Noetic, ChartSmart Consulting and, most recently, ESAM Consulting.

Choosing companies to approach, working out a deal, and managing integration into the larger organisation is all part of the standard pace of growth, said chief executive Stephen Kowal in an interview with CRN.

“We want to get more and more integrated in terms of being able to provide beginning to end capabilities,” he said, explaining the company’s acquisition strategy.

“When we look at acquisitions, we look at companies either aligned to either our technology strategy or our industry strategy, and education and local government are two of those key industries we focus on.

In terms of technologies, the goal is to corner the market by finding teams with deep expertise, particularly in local tech, Kowal said.

“We'd be the largest independent TechnologyOne provider, arguably the largest secure Microsoft player, and we're the largest Boomi player. We're also looking a what we can do to support Australian technology stacks. We explicitly partner with companies like C-Net or Safety Suite or ConnectiX that are Australian grown. TechnologyOne is a classic example in that stack as well.”

Making acquisition a key part of a growth strategy comes with its own difficulties, particularly around ensuring that the cultural aspects go smoothly. Kowal said that FTS is not about attaining “synergistic value” which, he points out, is “just a way of saying ‘we’re cutting stuff.’”

“We acquire to get growth and double down on what a company's done before,” he stated.

“One of the things that we have within our culture is transparent, open communication. Before we do a deal, we talk about the ‘day in the life’, as we call it. We talk through what the next 12 months are about and how we do it. By having those really transparent conversations, before day one, we’ve found when people have joined that, if anything, we've probably oversold the worst part, and it's actually a better experience.

“We acquire because of the people and how they do things, so we're really, really focused on making sure that they're a fit for us. Even if it's the best technology, a great company and a steal of a deal – because they don’t fit, we have no interest.”

Although they have a satellite office in Singapore and have worked with international customers on a case by case basis, Kowal emphasised an “intentional focus on Australia and New Zealand.”

“Our model is, get people on the ground and have those leading people how own that relationship. The way the world's going, that sovereign capability is more and more important, both from a national perspective, but also commercial perspective. We do focus probably a bit more on the East Coast, but we do actually have people on the West Coast as well. And New Zealand's an organically expanding area as well.

“We are excited for the Australian technology industry. I think there's a huge focus from both the Australian and the New Zealand Governments to invest and spend more locally. As well as upbringing that talent into Australia and educating or trying things – it's fantastic. I want to make sure that we bring more dollars to local companies than big global players that put it offshore to be quite frank.”