Behind Nexon's $5m evolution from comms to cloud 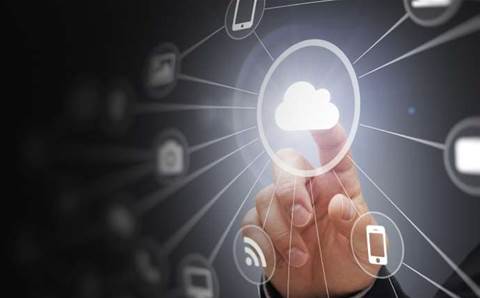 Fresh off winning a global NetApp award, Nexon Asia Pacific has opened up on how its multimillion-dollar investment in enterprise tech has moved it from telephony specialist to full cloud provider.

The ABC stack is based on FlexPod architecture (a combination of Cisco UCS and NetApp storage), and spans infrastructure-as-a-service, backup- and DR-as-a-service from Veeam, a choice of VMware and Microsoft hypervisors, security from Cisco and Palo Alto Networks as well unified communications from Microsoft and Alcatel-Lucent.

Nexon scored the 'Pioneer' award at NetApp's Insight conference in Las Vegas last month, an international category that recognised its use of NetApp clustered data ONTAP storage in the ABC cloud platform.

It's the culmination of a journey that begun four years ago in Nexon's sweet spot – telephony – as the company built a platform for hosted Microsoft Lync (now Skype for Business) .

"With the skills we developed to build that cloud platform, we started offering that to our clients as a platform for them to run their applications beyond telephony and Microsoft Lync. That was very successful," said Assaf.

"Then we had to build a layer around security and disaster recovery. We built a purpose-built DR facility and gave customers a primary cloud platform in Equinix and built a DR facility in Summer Hill, which is our own facility."

In the event of a disaster, customers can work from the facility and rent seats from Nexon.

The decision to partner with Palo Alto has been a success, Assaf said. Nexon has been able to "rapidly onboard" 30 customers to the Palo Alto Networks Next Generation Security Platform, including accounting firm Moore Stephens Sydney and call centre provider Customers 1to1.

As well as moving beyond telephony and into IT infrastructure and security, Nexon has moved up the stack into applications layer; the biggest step here was its 2013 acquisition of consultancy Praxa, which provides analytics, CRM and ERP from the likes of Microsoft and SAP.

The final piece of the puzzle will be to provide a service desk for full "IT-as-a-service", said Assaf. Nexon is currently staffing up in this area.

It's no secret that telcos, especially Telstra and Optus, have been aggressively expanding into cloud services, and Nexon has the same natural advantage: expertise with the networks that glue the whole thing together.

"The reason we have been able to deliver this cloud platform is because we have access to high-speed networks, data centre services and we have built the infrastructure for cloud services," said Assaf.

"For most customers on ABC, we have fibre interconnect into our data centres. We have 1Gb into our platform, fibre-based. Then we have interconnects into the public networks; Equinix has 10Gb in Azure and AWS."

Beyond the infrastructure and networks side, Assaf says Nexon has one more secret weapon: a heritage in annuity revenue, which can prove a stumbling block for transactional resellers making the switch to a subscription model.

"What really protects us is that fact our revenue is all annuity based. Where traditional integrators are reliant on project-based revenue – getting a project every month or every quarter to keep staff going – we have got annuity-based recurring revenue coming in. We are quite insulated."

Nexon has developed its billing platform over the past 15 years.

With all this focus on areas outside its historic communications skillset, what about telephony? UC remains central to the mission, says Assaf – even while the hosted telephony platform that started this whole journey now faces competition from public cloud alternatives from the vendors themselves. Microsoft, for instance, now offers Skype for Business from its Australian data centres.

"We want customers to use public networks if that is the best option for them and we will provide the services around that, such as integration and managing customers. These are very specialised skills [in telephony]. I don't think many traditional Microsoft partners will have those skills."

Grabbing the hybrid cloud opportunity with Lenovo and Azure Services
By Steven Kiernan
Oct 28 2015
11:30AM