Behind Queensland-based LinkOne's ambitious 5G network to rival the NBN 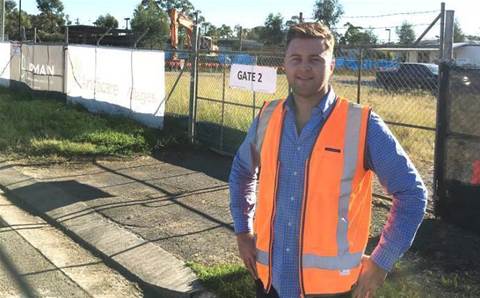 Todd Maunder established LinkOne in 2015 at the age of 25 with the sole purpose to improve the network of his voice over internet protocol (VoIP) business Anttel Communications, after being unsatisfied with what other service providers had on offer.

The network is a hybrid of optic fibre and fixed-point wireless using millimetre-wave (MMW) technology, which LinkOne says can deliver speeds from 500Mbps to 10Gbps.

“I built LinkOne in response to the shortage of reliable high-speed data connectivity in Australia,” Maunder said.

“Copper-based ethernet technology was becoming increasingly difficult to provision and support to the point there was no margin left in the service to make it worthwhile for an ISP.”

Millimetre-wave, also known as extremely high frequency (EHF), is the band of spectrum between 30Ghz and 300Ghz, which is being used to test 5G wireless broadband technology.

The network currently spans 14,000 square kilometres along Australia’s east coast, from Brisbane to the Gold Coast, and further south to Sydney and Melbourne, covering about half a million businesses.

About $1.7 million has been invested in the network, with about $600,000 spent on its community network.

“We are working hard to cement LinkOne’s brand in the wireless space, millimetre wave technology will change the way people think of wireless,” Maunder said.

“I want LinkOne to be the provider of choice for high capacity wholesale fixed wireless in Australia.”

Maunder added that LinkOne had also completed the rollout of a Juniper Networks core network.

It has also partnered with NextDC to be their main data centre provider while also maintaining data centre diversity in Brisbane, Sydney, Melbourne and Perth.

The network itself has received endorsements from managed services provider GCOMM, Brisbane-based AUS IT and fellow telco Over The Wire.

LinkOne and Anttel continue to work together as a team of 22 staff, sharing resources such as finance, engineering and development. Anttel has 14 staff and LinkOne has eight, with Maunder running the show.

“We have a dedicated research and development team working on millimetre wave and a market leading wholesale client portal,” he said.

Anttel was founded in 2008 when Todd Maunder was 17, experimenting with VoIP phone systems while working at a Telstra retailer in Ballina, NSW.

He eventually left that job to focus on Anttel full-time, with its first headquarters in his home’s basement, delivering VoIP solutions to businesses across northern New South Wales and southeast Queensland.

“I knocked door after door and we won some sizeable deals for a startup,” Maunder said. “Sometimes I really couldn’t believe these people were buying from our no-brand company."

He says Anttel’s first major contract was installing VoIP solutions for members of the Far North Coast Law Society, which was a total of 50 sites.

But Anttel was hardly his first entrepreneurial venture, landing his first ever business meeting at the age of 13.

“None [of my early ventures] were really profitable but it didn’t shy me away from trying,” he said.

His first business meeting was with a computer retailer in Castle Hill, NSW, whose director agreed to meet with Maunder on a deal about computer parts ordered from China via Alibaba.com.

“I really don’t remember the details of the meeting, they were very polite, though we didn’t end up transacting.”

Another venture was an effort to supply a sturdier version of egg cartons from Shenzhen, China to an Australian egg manufacturer, but in the end, the latter went into business directly with the manufacturer itself.

“I think I left the manufacturer’s shipping details on the sample box,” he told CRN.