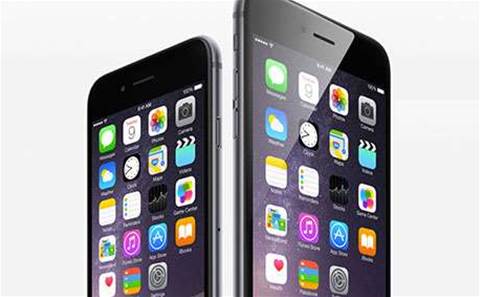 Apple iPhone 6 Plus buyers have discovered an unexpected quirk in their new phones: they bend when placed in back pockets.

"Bendgate" – as the issue has already been dubbed on social-media sites – is a reminder of 2010's "antennagate," when iPhone 4 users reported a design flaw that caused dropped calls.

The situation might be particularly troubling for those who wear skinny jeans, according to reports circulating on Facebook and Twitter. The phrase: "Your pants are too tight for your phone" has already received hundreds of mentions.

Some say the device, which has a lightweight aluminum shell, is more malleable than expected, but that might fall short of a design flaw, according to analysts.

Overall, evaluators seem flummoxed. "A “bendability test” hasn’t been part of our breakability testing to date because up until this week we’ve never seen a phone thin enough to make this a potential issue," said a spokesman at SquareTrade. SquareTrade, which provides warranties to iPhone users, said it planned more tests later on Wednesday.

Reports on the quirk first surfaced on Unbox Therapy, a gadget-review show on YouTube.

Brandwatch, a company that tracks and analyses data from social media sites, said only a small number of people tweeted about the bend in the days leading up to 22 September. But after the release of the video, which had racked up over 6 million views by midday Wednesday, Twitter mentions of the "bend" had skyrocketed to 75,000.

Tweets are flying about the "bend in your pocket," the challenge of wearing "tight pants," and that the iPhone 6 Plus bends "with bare hands," said Brandwatch spokeswoman Dinah Alobeid.

Another key topic, she said, is a comparison with the Samsung Galaxy Note 3 phone, which has nearly 4,500 mentions.

Apple spokespeople did not immediately respond to requests for comment from Reuters, but at least one rival smartphone maker leapt at the chance to weigh in.

"I would challenge you guys to bend our Passport,” John Chen, Blackberry’s chief executive officer, said at an event in Toronto on Wednesday.

On Monday, Apple said it had shipped 10 million units of the iPhone 6 and 6 Plus.