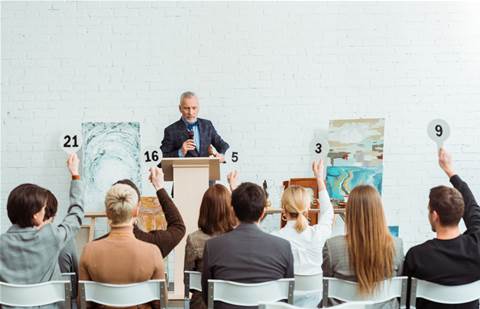 Fibre network infrastructure company Uniti Group has revealed it has been offered $3.4 billion to be acquired by two Australian investment firms, more than a week after receiving a $3 billion offer.

In an ASX announcement released today responding to “media speculation”, Uniti said it received an indicative proposal from Macquarie Infrastructure and Real Assets (MIRA) Holdings and Public Sector Pension Investment Board (PSP Investments) to acquire the company for $5 per share.

The Australian Financial Review reported yesterday in its Street Talk column that the two companies, which were named collectively as “Connect Consortium”, made the $5 per share offer to Uniti, and that the company “convened an emergency meeting” on Wednesday. Uniti also requested a trading halt yesterday afternoon following the column’s publication.

Earlier this month, Uniti revealed it was in talks with infrastructure investor HRL Morrison & Co for an acquisition proposal of $4.50 per share or $3.1 billion.

In the announcement, Uniti said the proposal is subject to conditions including due diligence, approval from the Foreign Investment Review Board, committed debt funding in place, unanimous approval from its board, and for both parties to agree on the proposal.

“Uniti will continue to update shareholders, in accordance with the company's continuous
disclosure obligations.”

Last year, MIRA and Superannuation fund Aware Super together acquired telco Vocus for $3.5 billion, or $5.50 per share at the time.

South Australia-based Uniti Group debuted in the ASX in 2019 as “Uniti Wireless”, which at the time specialised in fixed wireless broadband, but also resold NBN services.

Following a number of acquisitions like fibre broadband builder OptiComm, and Telstra’s fibre-to-the-premises business Velocity, Uniti has since expanded into three separate business units: wholesale and infrastructure, communications platform-as-a-service and consumer and business.

Last month, Uniti reported revenue and profit growth in the first half of the 2022 financial year, crediting its deployment of fibre-to-the-premises (FTTP) networks ramped up throughout the calendar year 2021, as well as deals with a number of multi-dwelling apartments.