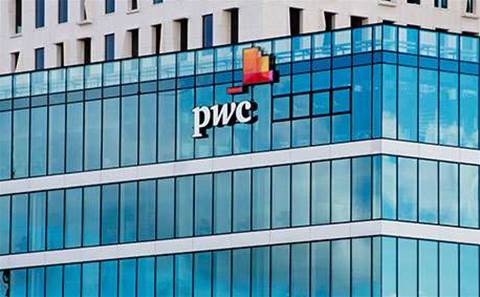 News this week that audit giant EY (formerly Ernst and Young) will purchase local analytics outfit ISD Analytics is just the latest in a string of moves by the Big Four into IT territory in Australia.

From local acquisitions to partnerships with the likes of Google and Microsoft, PwC, EY, Deloitte and KPMG are building formidable IT practices in Australia.

Here is a snapshot of how the Big Four are making their enormous presence felt in Australian IT.

[See more: 10 tech moves by the Big Four in Australia]

Of all the big four, Deloitte has been the most aggressive in building out its Australia IT footprint, especially by acquisition.

The firm made headlines in December by bringing onboard members of Australian IBM partner The Lonsdale Group, which boasted an impressive client roster including the likes of Rio Tinto, Toll, Vic Roads and Transfield. Interestingly, Lonsdale was responsible at the time for Australia’s biggest deployment of the Coupa cloud financial suite – a vendor KPMG has also partnered with.

The tech tie-ups continued with the team from 20-person Brisbane web content management firm Digicon joining Deloitte. This followed other acquisitions in earlier years, including Salesforce.com partner Quattro and SAP partner NXG in 2013 – which added another 50 people at Deloitte.

Like PWC, Deloitte also has a Google partnership under its belt – the firm is a Google Premier Partner, as well as becoming an Oracle reseller late last year.

Cloud is also on the agenda; Deloitte was revealed as one of the major partners for VMware’s vCloud Air cloud service, which went live in Australia last week.

Perhaps Deloitte’s most significant local IT announcement in the past 12 months was the creation of its own cloud accounting platform, under its Deloitte Private Connect arm.

A world first within the firm, the project was launched with a potential market of 13,000 clients. The firm has even pondered the idea of positioning itself at the centre of its own apps ecosystem.

KPMG has also made a string of acquisitions. Last month’s buyout of security provider First Point Global was its sixth in the past 18 months. The deal sees KPMG add 30 staff from First Point, which specialises in identity and access management. First Point is headquartered in Sydney and has offices in Melbourne.

The list of other firms acquired by KPMG includes SR7, Pacific Strategy Partners, Momentum Partners and SGA Property Consultancy. SR7 was a “pioneer” in the field of social media risk.

Cloud is also on the agenda; under a deal established in the US with Coupa and extended to Australia, KPMG Australia will offer the cloud finance suite to local clients.

KPMG is heavily involved in the local startup scene, as a foundation partner in the Stone & Chalk Fintech hub in Sydney. The hub will span 1,230 square metres of agile office space, with the potential to grow to 3,000 square metres. Startups looking to access the hub have included companies in the field of crypto-currency.

KPMG also expanded a global partnership with Microsoft this year to include analytics. The partnership is based on Microsoft's Azure, Dynamics and data platforms, and will aim to facilitate the development of new solutions in the areas of cloud compliance, analytics and business solutions.

Plans to acquire analytics provider ISD Analytics, which was founded in 2007 and has offices in South Australia and Silicon Valley, were announced this week. The company describes its simulation platform as “like a real-life SimCity application.”

EY also announced plans to snap up another Australian analytics provider, Sydney firm C3 Business Solutions, in February. The Big Four firm also announced at the time it would expand its services to include delivery of hosted cloud solutions and infrastructure managed services.

EY is also venturing into new territory with an eye-opening approach to car insurance technology. In February it announced a partnership with Baseline Telematics, which provides a platform, using a smartphone app or a plug-in device, to measure things like location, mileage, speed and sudden acceleration or braking, which can be used to determine insurance policies.

In February EY also announce plans to bring technology to Australia from data analytics firm Semphonic, which was acquired overseas.

The firm made headlines late last year with news it would roll out Google Apps to 5,000 seats within its own organisation in Australia. The global partnership also saw PwC sign up as a reseller of Google products, as well as helping clients build custom solutions using Google cloud. Further details of deployment partners are expected in the near future.