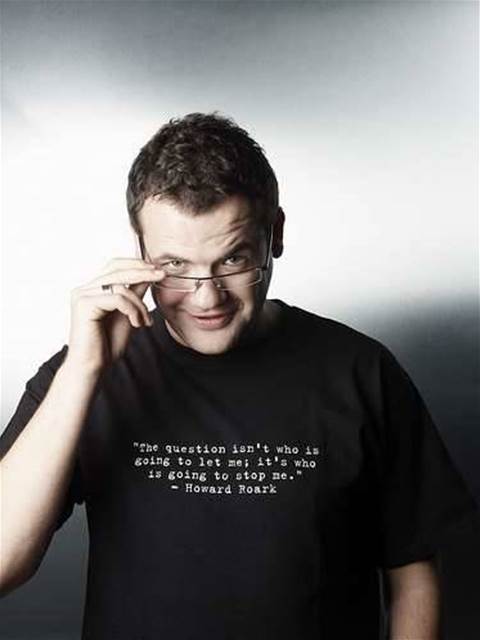 Founder of consumer electronics maker and online retailer Ruslan Kogan (pictured) responds to Australia's largest retailers that called on the Government to introduce GST on goods bought from overseas e-tailers.

The likes of Harvey Norman, Myer, David Jones and a whole host of bricks and mortar retailers have unleashed an expensive PR scare campaign to pressure the Government to increase taxes and duties.

There is one question they consistently fail to answer – if a mere 10 percent GST is the problem, then why are their prices often over 50 percent higher than offshore competitors? Take the Canon EOS 550D camera for instance.

Today, this product costs $1349 at Harvey Norman, but only $698 online. That online price is from an Aussie online retailer who has all the same GST and duty costs that Harvey Norman would. That’s a price increase of more than 93 percent for the pleasure of shopping at Harvey Norman.

After initially threatening to move to Chinese online stores, the big guys are now threatening job losses if they don’t get their way. They say that buying from international online stores is 'unAustralian' and will harm our economy. But, ‘a dollar saved is a dollar earned’ – for every dollar consumers save by buying online, they will have an extra dollar to spend in the Australian economy. By asking consumers to shop at their expensive stores, the big retailers are basically asking all other industries to subsidise their fat profits.

The big guys say they want an “even playing field”, so they spent millions of dollars on a national campaign to get a “fair go”. But, it's hard to take them too seriously when Harvey Norman alone spent more than $355 million on "marketing expenses" in FY2010, which was more than 26 percent of their sales revenue.

If the big retailers are finding it hard to compete with the prices offered by their online competitors, they should consider streamlining their businesses, and using their commercial clout to source products at better prices, instead of petitioning the Government for tax increases and more regulation.

Whenever you hear a businessman crying out for more regulation or taxation, you know that his business is struggling and he wants some help from the government in pulling back his competitors.

Local online businesses such as Kogan also pay GST and duty, yet are still able to smash the dinosaurs of Australian retail on price and service every day.

At Kogan, we’re constantly innovating and trying to find better ways to create and deliver the technology people want. We have recently identified a new efficiency in our supply chain – and we’re passing the savings on to you.

This post originally appeared in the Kogan Technologies News Blog.

Who do you side with: Kogan or Harvey? Will levying GST on overseas buys help your VAR business or is your competitiveness influenced by other factors such as rents, wages, interest rates and rebates? Tell us in the comments below if you have lost (or won) significant business as a result of online competition.