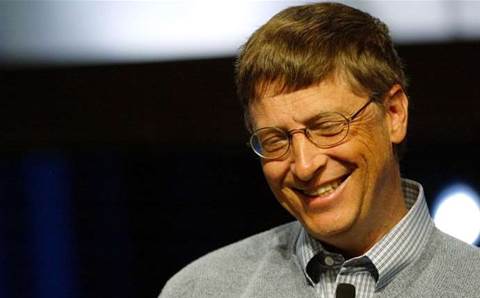 If you tally up their cumulative net worth, it comes close to US$170 billion. The fund's 20 first investors includes the likes of Amazon's Jeff Bezos, Virgin's Richard Branson and Bridgewater Associates' Ray Dalio.

Return on investment in the energy sector – especially when you rule out business as usual – is a tough ask, but Gates is optimistic that his investors will get good returns in the long run: with both financial and environmental rewards. “People think you can just put US$50 million in and wait two years and then you know what you got. In this energy space, that's not true at all.”

“It's such a big market that the value if you're really providing a big portion of the world's energy, the value of that will be super, super big.”

The announcement comes at a tme that a climate change denier is in line to run the second biggest polluting country on the planet. Donald Trump has a long history of denying the science of climate change, promising to renegotiate the precarious Paris climate agreement while campaigning.

Although he has made some slightly more encouraging noises since, they're not loud enough to silence the deafening clang of putting someone who believes global warming is a myth in charge of the Environmental Protection Agency.

Most recently, Trump has described himself as “open-minded” to the causes of climate change. “I'm still open-minded. Nobody really knows,” Trump told Fox News' Chris Wallace. "Look, I'm somebody that gets it, and nobody really knows. It's not something that's so hard and fast."

For his part, Bill Gates is optimistic: “The dialogue with the new administration as it comes in about how they see energy research will be important,” he said. “The general idea that research is a good deal fortunately is not a partisan thing.”

I hope he's right, but then it helps to strike an optimistic tone when trying to attract investors. And Trump has already scrapped NASA's climate research budget as “politicised science” so I wouldn't bet the farm on the idea of research not being a partisan thing, if I were you.