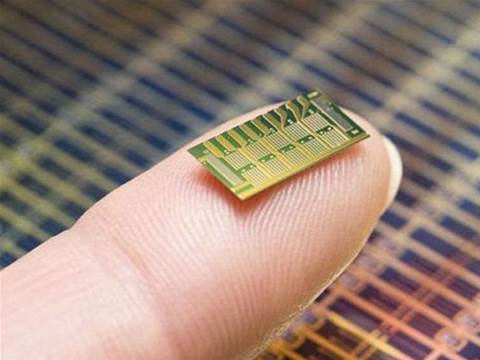 Bill Gates has helped develop a contraceptive implant that can be turned on and off at will.

The device, developed by MicroCHIPS – an offshoot of MIT – is implanted under a woman's skin, delivering a small dose of levonorgestrel hormone into the body.

While contraceptive implants have been around for some time, the new chip differs in two important ways.

First, it's longer lasting. Current hormone implants have to be changed every three to four years, whereas MicroCHIPS' implant can remain in place for 16 years.

Second, when a woman wants to get pregnant, the device can be turned off via remote control, and turned back on again when she wishes to start using contraception again.

Currently, implants have to be surgically removed for conception and a new one implanted later. The developers have also suggested that the dose released by the chip could be adjusted remotely by the woman's doctor, if needed.

The company has been working on chip-delivered, dosed medication for a while, but until two years ago had only focused on osteoporosis.

At that time, the wireless control element had mainly been about sharing data with doctors, rather than activating and deactivating the device.

However, after Bill Gates suggested a possible contraceptive application during a visit, MicroCHIPS began work on the new device, backed by more than US$4.6 million funding from the Bill and Melinda Gates Foundation.

While the device is only in the early stages of development, it is hoped it could be on sale as early at 2018.