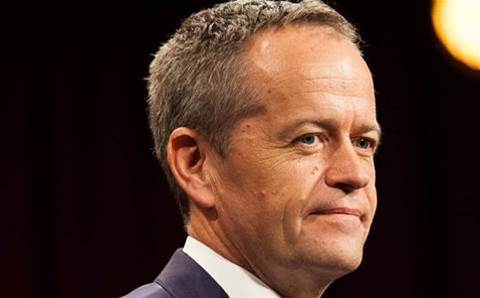 A contingent of Australia's technology community has called out the Australian Labor Party for allowing the government's controversial encryption-busting to pass into law without any of the amendments it previously deemed were vital.

The Assistance and Access Bill grants Australia's law enforcement agencies powers to request tech companies to create and seed vulnerabilities on "one or more target technologies that are connected with a particular person."

The bill appeared to be defeated on Thursday, the last day parliament will sit this year, until Labor leader Bill Shorten offered an olive branch to his rivals that night, agreeing to allow ALP senators to pass the bill without any of its own proposed amendments in order to empower law enforcement agencies before Christmas.

In exchange, the government agreed to facilitate consideration of the amendments next year. The bill ultimately passed both houses of parliament with unanimous support from the Liberal and Labor parties, despite the latter's insistence that the bill was flawed.

An open letter to Shorten signed by "the tech community" was published on Monday morning that was heavily critical of his leadership and the Australian Labor Party.

The strongly worded letter took aim at Labor for rushing the bill through both houses despite the party's own objections and reiterated the main criticisms of the bill: that creating a "backdoor" would weaken security for everyone in the country, that it would be harder for international companies to hire Australian talent and that it would make it almost impossible for Australian tech companies to export their services.

"We are against the bill because it is a destructive and shortsighted law. In addition, most of (if not all) the services that law enforcement want to target with this law are based outside of Australia. This law is effectively useless in forcing them to build backdoors or break encryption.

"In all good conscience, we can no longer support Labor. We will be advocating for people to choose those who protect digital rights."

The letter, penned by TechGeek founder Terence Huynh, contains signatures from close to 200 members of Australia's tech community, and calls for supports to add their name or circulate the letter on social media.

The Assistance and Access Bill ascended into law on Monday. The earliest date the amendments will be considered is 12 February 2019.