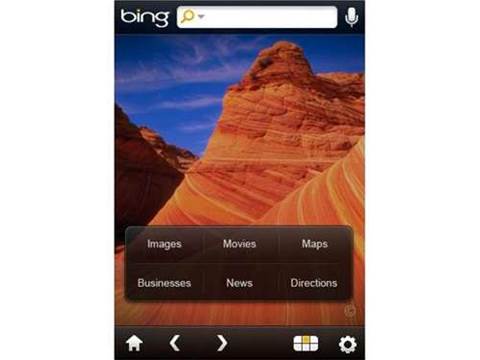 If you’re a bold early(ish) adopter of Windows Phone and have embraced Bing searching with open arms, you’re about to be rewarded. Bing Vision launches today with Bing Image Matching coming in March.

Bing Image Matching is the more exciting update of the two, letting you snap a photo of an article in a newspaper or magazine to be instantly linked to the online version. It works for both the story or the entire publication if it’s on the web.

It'll support over 3,000 publications on launch. So if you're reading CRN at home and heading out but you don't want to lug your mag around with you, just snap a pic of it and you should be able to read it from your mobile (we hope).

Bing Vision, launching today is impressive in its own right – it works like a QR scanner but also reads barcodes and Microsoft Tags. So now the miserly can compare online prices of books, DVDs and CDs – sticking the knife that little bit further into high street retailers.