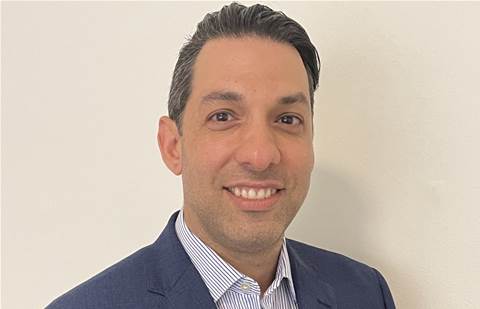 Georgiou revealed the move in LinkedIn, confirming he left Bitdefender this month to become Secureworks’ sales director and general manager for Asia-Pacific.

In Secureworks’ announcement, Georgiou said, “I couldn’t be more excited to join Secureworks at a time of astronomical growth, evidenced by Secureworks Taegis XDR reaching $100 million in ARR within the first two years of launch.”

Georgiou’s hiring comes after Secureworks hired Murray Whitlocke-Jones as its head of channel in May 2021, as the vendor heavily invested to expand its partner program across Asia Pacific.

This included appointing Nextgen as its distributor for the region, aiming to help grow the Taegis platform’s customer base.

Nextgen Asia managing director Wendy O’Keeffe said, “We have been partnering with Secureworks for just over nine months across the APAC region, and I couldn’t be happier with the partnership and the progress we have made together.

"Murray has been such a delight to work with. He is a seasoned professional, and he brings that experience to this region. There is a cultural fit alignment, with us both seeking growth, innovation and agility. With more than 20 years of experience across business growth roles and channel enablement, Murray is well placed and well-resourced to support the growth of Secureworks APAC alongside Demetrios.”

Demetriou joined Bitdefender as its ANZ regional director in 2018, leading the vendor’s sales and marketing, operations, pre-sales and post-sales for Australia and New Zealand.

Prior to that, he worked at Webroot from 2013 to 2017 in various APAC channel roles. He also worked at Avnet (now Tech Data), M. Tech Australia, SQL Tools, CA Technologies and Insight in various sales and business development roles.