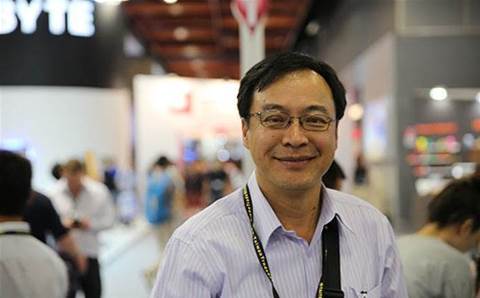 Cyber security software vendor Bitdefender has signed a distribution with Bluechip Infotech, which will for now serve as the company’s sole distie in Australia.

Bitdefender said the deal was struck with the expectation that Bluechip’s customer network will strengthen the cybersec company’s MSP offerings, staff training and partner portal.

“Since our official entry into the AU market in March 2019, the brand has grown from strength to strength,” said Bitdefender VP for worldwide channels Joe Sykora.

“With the announcement of a new strategic distribution partnership with Bluechip, we have greatly expanded our capability in the SMB market covering both MSPs and resellers which reaffirms our commitment to the Australian market”.

As Bluechip adds another vendor to its cyber security lineup, chief executive Johnson Hsiung said the move bolstered the prowess of the distie’s local catalogue.

“The Bitdefender addition to the Bluechip Infotech portfolio will strengthen our overall value proposition in the cyber security landscape and reinforce our position and ability to service the Australian SMB, mid-market and Service Provider business sector,” Hsiung said.

“We are excited about the market opportunity Bitdefender provides to both our direct and in-direct partners, who are constantly on the lookout for innovative ways to increase net new revenue streams.”

“In the usual due diligence done by Nextgen in investigating a new vendor, we found that Bitdefender had great technology and a firm desire to tackle the enterprise space, which is our focus. It was identified that Bitdefender had a large legacy but extremely important consumer and SMB business and we were concerned about handling this segment, whilst focusing on expanding the enterprise,” Walters said.

“Both Bitdefender and NEXTGEN decided to engage with an open review period. After a decent attempt, both parties decided it was in Bitdefender’s best interest to find a broader-based distribution partner that could cover both markets adequately.

“The Bitdefender team at both tegional and global levels has been open, honest and transparent with us throughout and the decision was mutually amicable. We wish Joe and Demetrios all the very best in their future.”

Looking ahead, Bitdefender’s Sykora said the vendor’s channel partners were essential to its success, and that the company was excited about working closely with Bluechip to protect businesses in the region.

“Bitdefender protects over 500 million systems in over 150 countries. This partnership puts us in a strong position to extend our expertise to thousands of SMB Partners across Australia,” he said.