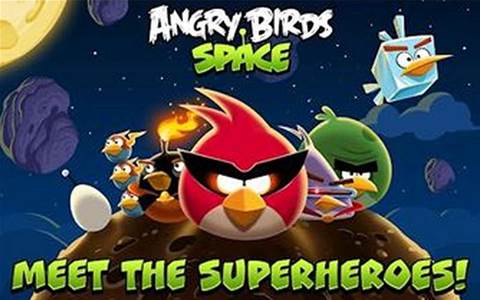 BlackBerry recently announced it has more than 100,000 applications for its BlackBerry 10 operating system, yet the number of Android app ports has fallen, according to the company.

In an interview with All Things D, Martyn Mallick, BlackBerry's vice president of global alliances and business development, said approximately 20 percent of the 100,000 apps for BB10 are actually Android applications that are run through an emulation engine. Mallick said the engine allows BlackBerry to get as many apps onto BB10 as possible. "If that is the fastest way we can get some of that content, that's great," he said.

But Mallick's comments this week appear to contradict earlier comments from BlackBerry. During the BlackBerry 10 launch in January, the smartphone company said BB10 had 70,000 apps in the BlackBerry World store, and that 40 percent, or 28,000, of those apps were actually native Android apps that had been ported to BB10.

If Android only accounts for 20 percent of BB10's apps, then the number of Android apps appears to have fallen from 28,000 at launch to 20,000 currently.

And that's exactly what has happened, according to BlackBerry. The company emailed a statement to CRN confirming that approximately 20 percent of apps in BlackBerry World are "repackaged Android apps," and that developers have been replacing Android ports with native BlackBerry versions.

That trend would indicate that BlackBerry 10 has a lot more momentum than many expected. One of the chief concerns for BB10 prior to the platform's launch was the potential lack of top-tier applications for the new OS.

While BlackBerry's application ecosystem has been a weakness in the past, the company has made developer outreach and support a priority with BB10. For example, BlackBerry held "Port-a-Thon" contests for Android developers to bring their applications to BB10.

The effort appears to be paying off; BlackBerry's application ecosystem has now crossed the 100,000 apps mark, and while BlackBerry World is still missing popular apps like Instagram and Netlfix, the store still has a strong number of top apps like Facebook, Twitter and Amazon Kindle.

BB10 still trails Apple's iOS and Google's Android in total apps by a significant margin, but BlackBerry seems to be making progress in both quantity and quality -- the company last week said it expects to have eBay, Skype, eMusic, CNN and SoundHound apps, among others, in the coming weeks to coincide with the recent launch of its BlackBerry Z10 smartphone.