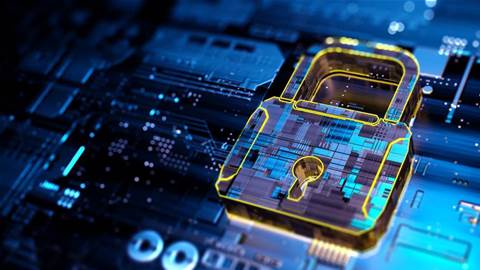 When the clients of Gold Coast-based managed security services provider ONGC Systems started getting hit with ransomware, the company questioned whether its aging antivirus solution was still compatible with the type of services it offered.

The company’s customer base are small businesses, which often operate with slim margins with little to no budget for IT and security.

ONGC director Steve Dawson said, “As a small business ourselves, we understand the importance of controlling costs.”

“We’ve had to be creative in structuring our service offerings to meet their security needs without breaking the bank.”

When Dawson’s business partner introduced him to an AI-powered endpoint security solution, which at the time was still known as CylancePROTECT, he decided to see the capabilities for himself despite having reservations.

Although an upgrade was in order, Dawson said he was “less than enthusiastic” about
the prospect of meeting with vendors to assess their endpoint security solutions. “I’ve been sold the dream too many times before and always been disappointed in the end,” he said.

Following a successful proof of concept that lasted months, ONGC officially signed on as a Cylance partner in January 2019, which by then had already been acquired by BlackBerry. The Cylance brand has since been absorbed into a new unit called BlackBerry Spark, with CylancePROTECT renamed as BlackBerry Protect.

“The support we received from BlackBerry was outstanding, unlike anything we’d seen from a partner before,” Dawson said. “The team in Sydney had us up and working quickly.”

BlackBerry Protect was tested against multiple malware and virus samples, including the CryptoLocker ransomware that ONGC and its customers had been contending with that year.

“BlackBerry Protect prevented every sample of malware and ransomware we threw at it from executing,” Dawson said.

“Our incumbent product stopped about half of these attacks, but only after malware had executed and caused damage. BlackBerry Protect performed flawlessly, exactly as promised.”

“Ultimately, we decided to make the investment so we could provide our customers with a premium solution.”

"BlackBerry Protect is a core component of our new Reach365 suite of cloud solutions. We’re confident that Queensland businesses of all sizes will find Reach365 a compelling value,” Dawson said.

“We’ve created BlackBerry Protect security policy templates that enable us to quickly move customers into a state of prevention. Once the BlackBerry Protect agent is deployed, we choose the template that fits the customer’s environment best and begin scanning and monitoring.”

Dawson admitted the decision to invest in a BlackBerry partnership was a risky one, considering the significant capital expenditure involved that couldn’t be passed on to clients.

“However, it was a risk that was well worth taking. Our customers are happy because they’re no longer being victimised by ransomware,” Dawson said.

“BlackBerry Protect has significantly reduced our costs for security management and incident response and reinforced our market positioning as a premium brand. That adds up to a significant return on investment for us. All in all, BlackBerry has had a profound impact on our organisation and the services we provide to our customers.”