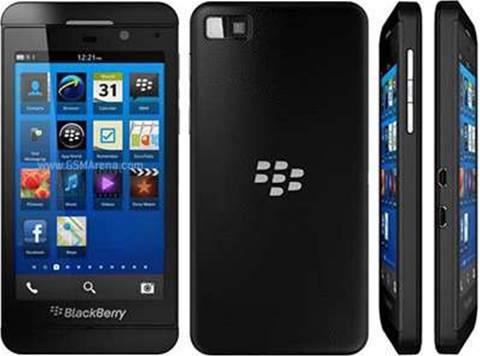 The company formerly known as RIM will launch its new Z10 and Q10 smartphones through Australia’s two biggest telcos and consumer tech retailers in March, while offering “attractive” incentives to its business resellers.

The newly-named BlackBerry today launched a new platform and two long-awaited products as it attempts to reinvent itself and push back against the two dominant forces in the mobility market.

The company has spent three years working on its new operating system, BB10, as well as the Z10 and Q10 smartphones that will accompany it.

It initially planned a launch for late 2011 but pushed the date back twice as it refined the operating system - a delay which Australian BlackBerry CEO Matthew Ball today called a “gift”.

“It gave us clear space to launch this product and not be part of the launch noise prior to Christmas, and to finetune and make sure every detail is right,” he said.

The new operating system is completely redeveloped from BlackBerry 7 and has been designed from the ground up, Ball said, while still keeping the DNA of BlackBerry.

Features include BlackBerry Hub with a ‘peek’ feature enabling users to access the home screen at any time; a keyboard with “artificial intelligence” able to learn typing habits; BlackBerry Messenger with voice calls, video chat and the ability to share your screen with another BB10 contact; a new BB10 browser with HTML5 support; BlackBerry Balance; security from Microsoft ActiveSync up to BlackBerry Enterprise Service 10; and a bigger BlackBerry World store with 70,000 apps.

Of the two new smartphones, the touchscreen Z10 will launch first locally in March, and is available in black and white, while the QWERTY-model Q10 will arrive in April. Both are 4G compatible.

Pricing is yet to be announced but Ball confirmed to CRN both handsets would sell for the same price.

Getting resellers on board

BlackBerry Australia will soon embark on a nationwide roadshow to present the new products and OS to both end-users and resellers.

The company is relying solely on its carrier, retail and reseller partners to sell the new platform, with Ball confirming BlackBerry had no plans to sell direct. Most of the onus will fall on Telstra and Optus, with the split between carrier and reseller sales expected to be around 65 percent telco, 35 percent partners.

Ball said Vodafone had been approached by BlackBerry but wanted to “focus on other priorities”.

He confirmed to CRN both Harvey Norman and JB Hi-Fi will stock the smartphones after launch.

Ball said BlackBerry's Australian marketing campaign was its biggest yet and would include heavy social media, digital and retail campaigns, as well as “hero spots” in JB Hi-Fi and Harvey Norman.

He said the company would offer “generous incentives” for resellers get on board the new platform, but did not elaborate.

“There’s a good reason for resellers to sell other than to just capture latent demand,” he said.

Ball also affirmed that the failure of BlackBerry's PlayBook tablet - launched in 2011 - didn't spell the end of the company's tablet ambitions, although he wouldn't confirm whether a sister tablet running BB10 was in development.

Winning back business, luring in consumers

The first BlackBerry was launched in 1999, allowing executives to access work networks on the move, at the time cornering the market as businesses were enticed by the security on offer for corporate email and networks.

The company struggled when smartphone sales boomed and consumers started to dictate what mobile devices were used in the workplace. It is looking to combat the insurgence of Apple and Samsung smartphones in the office by touting its platform's ability to separate work and personal life in one device, and additionally lure in new consumer customers with its touchscreen design.

In Australia, BlackBerry is the number three smartphone maker. It is forecasting shipments of 6 million units following launch and is aiming for a sales split of 45 percent consumers and 55 percent businesses. Currently two-thirds of BlackBerry’s Australian base are enterprise customers.

“Our growth targets locally are ambitious and significant,” Ball said.

“There are a few lapsed customers, and we have a job to do in winning them back. We’re getting a lot of feedback that consumers are starting to look for something different from the homogenisation of other platforms in the market, which wanted to create individuality but now everyone has one. It’s not cool if your grandma has the same device as you.”

It is hoped that the company's name change to BlackBerry will better leverage the phone brand, reinvigorate a struggling image and create a streamlined identity.

"We want to become what I'd call a branded house versus a house of brands."

The company will change its NASDAQ ticker to BBRY and its Toronto Stock Exchange ticker symbol to "BB" in the coming days.

Grow your software revenue by selling these 5 affordable, essential tools for the modern workplace
By Allie Coyne
Jan 31 2013
11:22AM