Blockchain gets real - in fact it's booming says IDC 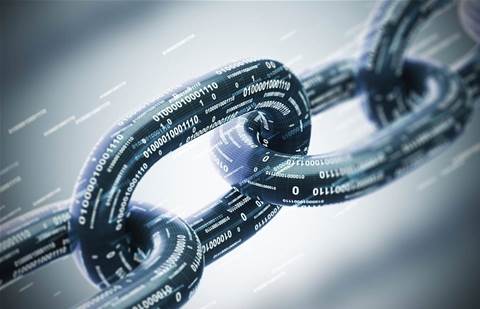 CRN readers tend to think that blockchain is hype that customers don't want.

Before the 2018 CRN Fast50 we asked delegates to name "The new technology that's just hype and customers aren't ready for" and 100 percent of respondents said "Blockchain".

And in a poll we ran in December 2018 asking readers to name the most overhyped technology trend, Blockchain scored 47 percent of the vote.

However, research from IDC reveals blockchain may not be just all hype after all.

The analyst firm has forecast that worldwide spending on blockchain solutions will reach US$2.9 billion in 2019, an 88.7 percent increase from the US$1.5 billion spent in 2018.

"Blockchain is maturing rapidly, and we have reached an inflection point where implementations are moving quickly beyond the pilot and proof of concept phase,” said James Webster, research director of IDC’s Worldwide Blockchain Strategies advisory service.

“That is why data on the actual spend on the technology is so vital: it provides the context in which blockchain is evolving.”

Webster added that understanding where and how companies invest gives vendors a better sense of where they need to deliver products and services, as well as offering insight into how their peers are adopting blockchain.

IDC said the financial sector will lead Blockchain adoption, spending a predicted US$1.1 billion across banking, securities and investment services, and insurance industries. Manufacturing and services come in second with US$653 million, while distribution and services is expected to spend US$642 million.

Cross-border payments and other transaction settlement services will also generate plenty of spend - US$453 million and US$285 million respectively.

"The use cases that comprise the blockchain opportunity are developing as swiftly as the technologies enabling it,” IDC program vice president for customer insights and analysis Jessica Goepfert said.

“While spending for more developed use cases in the financial sector like trade finance and cross-border payments is still healthy and growing strong, relative to six months ago we’ve seen an acceleration in spending across a variety of other areas, such as energy settlements and warranty claims.

“We are continuing to monitor and measure these developments on a regular basis and are inspired by the various forms of innovation blockchain delivers."