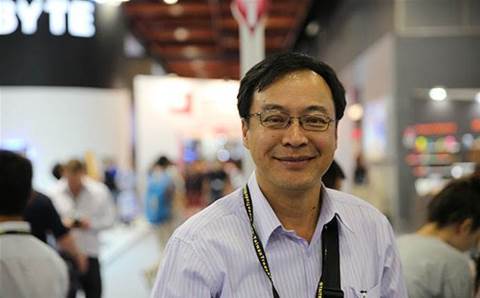 Distributor Bluechip Infotech has signed three new vendors – LogMeIn, ESET and ITglue – as it pushes deeper into the security and productivity markets.

“We needed to keep pace with the market,” sales director Ron Jarvis said, "to a focus on broad-based consulting-type sales. In 2019 we will really emphasis combination of hardware, software and solutions.”

Jarvis said that the company would, therefore, expand its security offerings and boost its portfolios of management and unified communications products. The company has also developed an automated renewals and contracts platform that will debut later in February, and add features as the year continues.

Bluechip managing director Johnson Hsiung said that signing ESET, LogMeIn and ITglue delivered on that vision by deepening the company’s security and productivity portfolios. He expressed particular pride that Bluechip was selected as LogMeIn’s first Australian distributor, saying the distributor's 26-strong sales force offered reach that LogMeIn could not achieve itself or through direct channel relationships.

"In the last couple of years we have been forced to make changes, to add more value, because you can’t survive just moving a few boxes around."

"We are very happy with the progress we have made and have achieved eight percent revenue growth. We have grown the solution part and the productivity part" of the business.

ESET Australia managing director Florin Vasile said the company offers the industry's highest margins and retention rates and a renewal protection program that means resellers "cannot lose a licence". Partners can also access a "whale voucher" that pays a 50 percent margin for one deal. Vasile suggested partners use the voucher when they land a whale of a deal!

LogMeIn will celebrate its new relationship "a very aggressive campaign around a couple of products." Head of channels and alliances for APJ Robert Findlay said the vendor will offer "aggressive pricing on LastPass and the GoTo suite for the remainder of the quarter."

Bluechip hopes IT glue will be especially attractive to MSPs thanks to its ability to automate the creation and consolidation of documentation, a chore that often falls between the cracks in a busy practice.

Bluechip executives told CRN that the company intends to bed in these three new partners and currently has no further recruitment plans.

Some attendees at a lunch Bluechip used to announced its new relationships asked why they should work with the distributor given they already have direct dealings with vendors. Bluechip's Jarvis said initiatives like the new renewals portal, credit facilities and pre-sales support will make it worth partners' while to adapt their relationships.