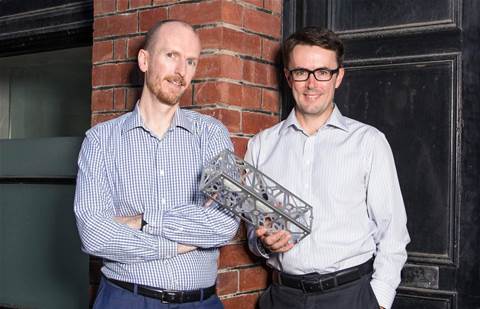 Aussie nanosatellite internet of things startup Myriota has closed a US$15 million (A$19.3 million) Series A funding round as it looks to launch more satellites and expand operations.

The Adelaide-based startup was founded in 2015 as a spin-out from the University of South Australia, and is aiming to become the key communications network for the global IoT sector.

“The internet of things has a major connectivity problem: hundreds of millions of devices that need to communicate but don’t have cost-effective, battery friendly networks to do so. Myriota solves this problem,” Myriota chief executive Alex Grant said.

“The fact that we have managed to engage such a stellar list of investors doesn’t just underline the quality of our tech and IP — it also gives us access to highly strategic resources and capabilities as we move to the next level.”

“We are excited to have global investors like Boeing Horizon X and Singtel Innov8 supporting our mission to deliver the internet of things for everyone, everywhere.”

With the funding, Myriota will be looking to launch more satellites, deliver large-scale IoT deployments, and expand its global operations.

New sales and customer support offices will be opened in North America and Asia, and the company is looking at adding at least 50 new staff, most of whom will be based at the company’s South Australian headquarters.

“Over the past few months we’ve worked hard alongside Myriota to help the team secure foreign direct investment from North America and Asia.”

Boeing HorizonX vice president Steve Nordlund said as Boeing HorizonX Ventures’ first investment outside of the US, he called it “an important move”.

“The Myriota team channelled its telecommunications expertise to develop a solution that simultaneously connects hundreds of millions of low-cost, low-powered transmitters to satellites,” Nordlund said.

“This was a compelling investment for us because as a global company, Boeing recognises and supports the innovation occurring in Australia and beyond.”