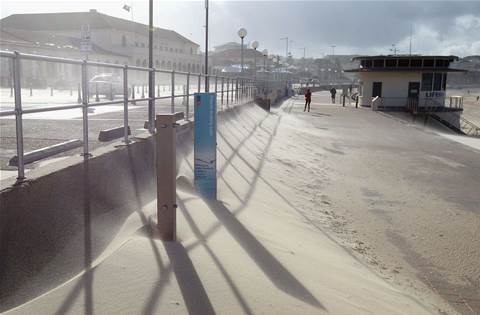 Waverley Council has unveiled plans to trial a free wi-fi network at Bondi Beach and the surrounding areas in order to determine the viability of the service.

The trial, which would cost between $34,000 to $50,000 to establish and $25,000 a year to maintain, has been investigated since at least February, according to council minutes.

A report (pdf) submitted to the council in late September recommended the trial go ahead from this month, with a fully accessible network available by December this year.

The council intended to trial the network for two years, targeting the two million people visiting the beach and nearby park every year.

"With the rapid growth in the use of smart telephones and mobile technology as a means of searching and receiving information, people are increasingly expecting to have an internet connection wherever they are and whenever they need it," the report noted.

It suggested free access to wi-fi would go toward "enhancing city management and public safety" at the beach and park.

The network could be supported by advertising, providing limited access periods or downloads to users. The council would maintain "veto" rights on content advertised to users over the network.

The council report pointed to similar wi-fi projects in neighbouring Sydney councils such as Marrickville, which has sought to provide access at public parks for its residents.