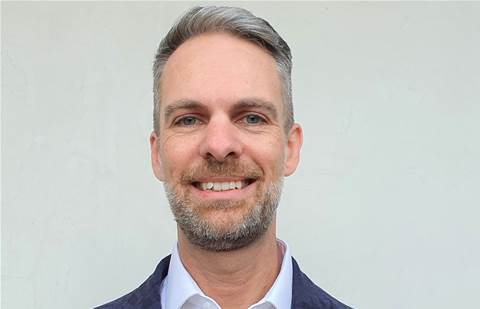 Integration platform as a service (iPaaS) vendor Boomi has appointed Nathan Gower as its managing director for Australia and New Zealand.

In his new role, Gower is responsible for driving business alignment and strengthening on-the-ground support for customers. He will report to APJ vice president Ajit Melarkode.

“Informed decision making will be critical in this new, digital economy, and my priority is to enable organisations to connect their systems, processes, and data to remove any fragmentation and overcome their historic habits,” Gower said.

“From hybrid work adaptations to revenue loss in lockdown conditions, businesses have confronted a swathe of new challenges, and they need the dedicated resources and expertise to extract data and put it into context in the face of any disruption.”

Speaking on Boomi's local channel, Gower said it’s the expertise of partners that would bolster the demand for connected and cohesive business operations.

“Arming traditional IT and systems integrators with the Swiss Army Knife of integration allows them to become a one-stop-shop for customers looking to capitalise on their changing work environments," he said.

"It also opens the door to new revenue streams for our specialist channel; whether they are experts in cybersecurity and IoT, or healthcare and retail, these partners have the ability to offer a broad range of integration and data management capabilities on top of their core products.”

Gower was promoted from enterprise account executive, a role he held at Boomi since joining in 2016, working with customers like super fund HESTA, University of Melbourne, Origin Energy and more.

Prior to Boomi, he worked at Oracle NetSuite as an account executive and at Melbourne managed services provider Pentana Solutions.

Speaking on Gower’s hiring, APJ VP Ajit Melarkode said his leadership will be instrumental to the company’s expansion plans.

“Underscored by the consistent leadership exhibited throughout his territory and sales roles, Nathan’s appointment is the logical next step to driving business alignment and leading the local-arm into the next phase of growth,” Melarkode said.

“As he unites the team – many of whom he’s collaborated with for years – in their efforts to drive successful and considered outcomes for customers and channel partners, we expect to see continued platform leadership and dedicated enablement.”

Grow your software revenue by selling these 5 affordable, essential tools for the modern workplace
By Nico Arboleda
Aug 17 2021
11:10AM