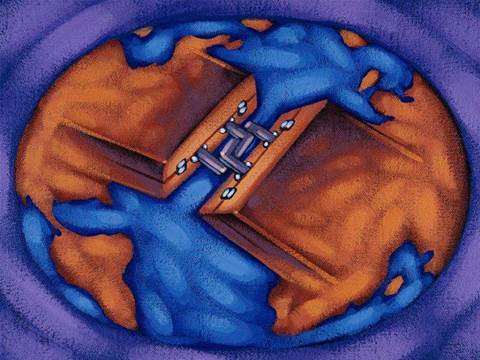 IT services company Brennan IT has purchased the assets and goodwill of fellow integrator S Central in a hastily arranged marriage.

Under the terms of the deal, Brennan IT will buy the physical assets, staff and goodwill of S Central Pty Ltd, but not technically buy the shares of the company, avoiding any requirement to pay trade creditors.

In early September, ComputerCorp pulled the plug on an acquisition of S Central, with S Central founder Peter Mavridis telling CRN that the company could not gain 100 percent shareholder support for the deal.

Brennan IT CEO David Stevens said he had tossed around the idea of merging Brennan with Mavridis' company "for the last few years," but was resigned to missing out on the opportunity when Mavridis arranged a merger with ComputerCorp.

"When I heard the [ComputerCorp] deal was off, I was quick to pick up the phone [with Peter] and have a chat," he said.

Stephens and Madrivis signed the deal late last week, and the transaction was expected to come into effect within 48 hours. Stevens said Brennan IT would absorb S Central's sales, engineering and support teams in full - scaling its operations to over 200 employees.

"The Brennan IT business is the undisputed kings of the midmarket, and this will only strengthen our position," Stevens said.

Both companies maintained offices in Brisbane, Melbourne and Sydney while S Central also has an operation in Newcastle and Brennan an office in Adelaide.

Stephens said S Central's Newcastle business was impressive and he is "looking to open it up" to Brennan's wider services portfolio.

Stephens said both companies had strong services businesses and certifications around products from VMware, HP, EMC and Microsoft, among others.

S Central, he said, also has deeper skills around Citrix products and a direct buying relationship with HP, which Brennan IT plans to "take advantage of."

That said, Stevens is keen to continue buying from the distribution channel for most products.

"While we have strong relationships with our vendor partners, it suits us to use distribution. We might lose a couple of points in margin, but as a services company, we don't want to be carrying too much stock, so its worth it."

Brennan IT will also benefit from S Central's hardware strengths, Stevens said, even if margins on hardware are falling.

A quick merger among integration experts

According to S Central's web site, it employs more than 200 staff - but Stevens said to his knowledge, the company currently employs between 60 and 70.

As part of the deal, Brennan IT will employ the vast majority of those staff. Stevens said these S Central employees will quickly be absorbed into Brennan IT's structure and org chart "with a minimum of fuss."

He will also find a place for Mavridis.

"Peter is a great guy. We really need to utilise his selling skills, how good he is with clients, with vendors, with channels for that matter. It's a natural fit when we are focusing on our own channel.

Stevens said that while true "cultural togetherness" between the two teams might take six months, "by next week I hope to have all staff working from the same offices, on the same systems."

Stevens said he and his staff had a "lot of late nights" ahead of them to integrate the billing, CRM, purchase order and ledger systems of the two companies.

He was "unsure" of what would happen to any creditors of S Central.

"That is in Peter's brief to look after," he said.

Eliminating departmental friction within MSPs
By Brett Winterford
Nov 2 2009
8:49AM