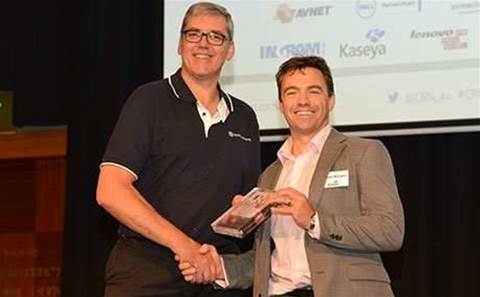 The 2014 CRN Fast50 marked the launch of three new sponsored awards to recognise some of the channel's biggest and best operators.

The premier award among these three categories was the CRN Fast50 Icon Award. To select the winner, we asked every company who entered the CRN Fast50 to pick the firm they most admired from a shortlist of ten of the top organisations in the Australian channel.

The CRN Fast50 Icon Award was sponsored by Synnex.

The other two special awards revealed at this year's ceremony were the CRN Editors Award and the CRN Fast50 Leader Award.

The Leader Award went to the largest company, by revenue, in the 2014 CRN Fast50. While the 2014 list included many big players – with five turning over more than $50 million – UXC Connect's $217.3 million turnover was almost three times larger than the next biggest company.

The CRN Fast50 Leader Award was sponsored by Dell.

Sydney Oracle partner Dataweave was the recipient of the inaugural CRN Editors Award. This category was selected from the entire 2014 Fast50 field by a panel of CRN senior editorial staff, past and present.

Dataweave, a four-time Fast50 company, topped the pile after a year in which it grew both organically and by acquisition.

But what really stood out for the judges was a truly landmark project to deliver a new Oracle identity management system from within the NSW GovDC data centres.

As reported by CRN earlier this year, Dataweave became the only provider offering identity management from the new data centres in Silverwater and Unanderra – a first-mover advantage among a marketplace of hundreds of thousands of prospective users.

The CRN Editors Award was sponsored by Kaseya.