Bricks-and-mortar retailers give in to online shopping 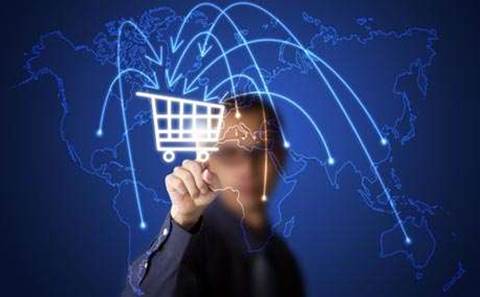 Australian retailers are embracing online as they pocket $10 billion in sales for the year ending 30 June 2013, according to NAB's latest online retail figures.

"We do see ongoing investment and more commitment to the sector," White said.

Harvey Norman, Officeworks and Dick Smith have all trumpeted the importance of online sales in recent announcements.

The importance of having strong online infrastructure was made clear during the Click Frenzy debacle in November 2012, where the 24-hour sale site crashed just minutes after it commenced.

"If you look over the past couple of years, we do believe retailers are investing in online." 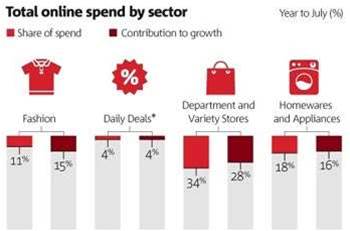 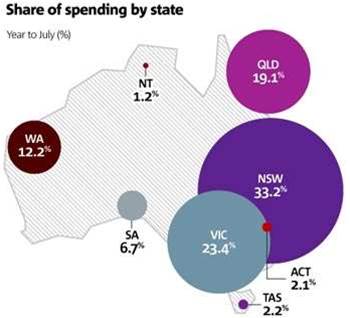 Spending was strongest in NSW, which accounted for 33.2 percent, and Victoria, at 23.4 percent. Western Australia went from one of the strongest states to one of the weakest in July.