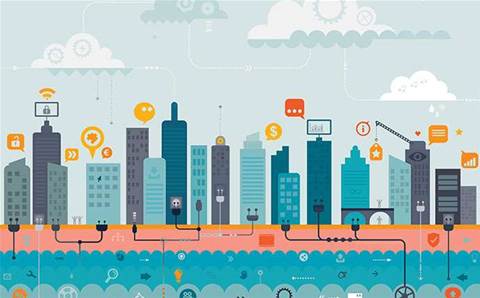 The boss of Bridge Point Communications has left the Telstra-owned systems integrator and secured investment to establish a company focused on the 'Internet of Things'.

Merkwitza has now set up a new outfit, RIoT Solutions, "a specialised integrator of robust and resilient Internet of Things (IoT) solutions" based in the Queensland capital.

RIoT Solutions will deploy ethernet and IP technology into critical infrastructure, integrating operational networks with corporate networks, with Cisco one of the foundation vendors.

Merkwitza told CRN he had been mulling the venture for years and was inspired by Cisco's heavy 'Internet of Everything' (IoE) messaging during its partner summit in Montreal earlier this year.

Cisco's former chief executive, John Chambers, used the conference to tout IoE as a $19 trillion opportunity. At the show, Cisco discussed its partnership with Rockwell Automation,  bringing together information technology with industrial automation and control systems.

Merkwitza said: "I felt almost 30 percent of the focus that week [at Cisco Partner Summit] was on IoE, and that really helped cement it for me. It is happening in the UK, Europe and North America. These projects are underway and it is only a matter of time before it happens in Australia."

He said there was a gap in the market for IoT specialists in Australia.

"I could not find another genuine integrator of networking and critical infrastructure so I thought I might as well have crack. I put a business plan together, got some venture capital in place, raised some money and here we go," he said.

Bridge Point did dabble in critical infrastructure a few years ago. "It was a great idea but at the wrong time", said Merkwitza.

Cisco partner Data#3 recently set up a security practice - just like Merkwitza, Data#3 was motivated by Cisco's messaging during the Montreal summit.

Changing of the guard

Merkwitza is the second senior exec to depart BridgePoint, after chief executive Rob Siganto bid farewell to the firm in April, six months after selling to Telstra.

Bridge Point, which turned over $51.9 million for it last full year before the buyout, was one of three systems integrators snapped up by the telco in a 14-month period, joining Sydney-based NSC Group and Melbourne-based O2 Networks.

Merkwitza said his decision to depart shouldn't reflect poorly on the merger.

"I think Telstra's strategy was right and they did a reasonable job of integrating O2 and Bridge Point. These things are always difficult, whether a 10-person company or a 40,000-person company. I think it went as well as it could. I know internally Telstra saw it as  a success compared to the more difficult integrations they have seen."

Bridge Point is a two-time CRN Fast50 company, having appeared on the list of fast-growing resellers in 2011 and 2012.

Grab the MSP security opportunity
By Steven Kiernan
Sep 7 2015
7:30AM