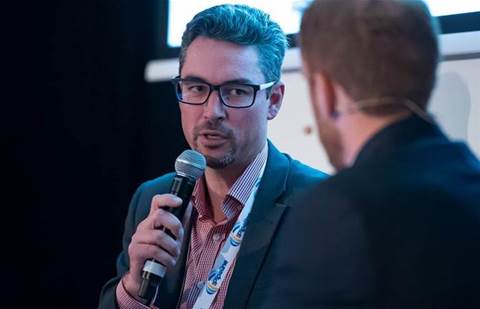 Enterprise IT and industrial internet of things solutions integrator RIoT Solutions has landed a Cisco Meraki SD-WAN deal to deliver services to 330 pubs, clubs and hotels across Australia.

Brisbane-based RIoT, the winner of the 2017 CRN Fast50, revealed the deal win with bar and accommodation property management company ALH Group, saying it was one of the biggest Cisco Meraki deals in the country.

RIoT is taking part in ALH’s national site-wide refresh, introducing SD-WAN and security technologies to improve network performance and manageability, and reduce costs across the client’s network of properties.

According to RIoT, shifting to SD-WAN away from traditional MPLS, or multiprotocol label switching, will allow ALH to reduce carriage costs by using multiple standard internet connections from different providers. RIoT said having Cisco Meraki’s security features sitting at the edge would also provide benefits over traditional centralised infrastructure.

RIoT founder and managing director Rob Merkwitza said the ALH project was a significant engagement that had seen his company get close to the property manager’s business.

“They were able to capitalise on our expertise and experience to end up with a solution that will see a multitude of advantages for them across the network going forward,” he said.

“We have spent a lot of time and effort focussing on the Meraki platform over the past two years and it has been extremely satisfying seeing this and other significant deals getting across the line for us this past year.”

Established two and a half years ago, RIoT Solutions achieved the top position in the 2017 CRN Fast50, growing 343 percent to hit $6.7 million in revenue.

The company now has 25 staff and has reported having signed more than 55 customers in Australia since its establishment, including state government departments, regional councils, retail, universities, transportation, utilities and manufacturing organisations.

“The 17/18 financial year for us was nothing short of impressive,” Merkwitza said. “After winning the CRN Fast50 in November 2017, we gave ourselves a challenge to double our revenues whilst improving profitability. It’s fair to say we have done that and seen a great mix of enterprise IT and operational technology (OT) projects that include both network security design and cybersecurity services.”

“In the last 12 months, we have seen the OT/IT market start to mature and feel we are ready and well placed to make the best of these opportunities. Our focus this year will be around managed services and growing our architecture, cyber security and infrastructure areas.”

RIoT also announced a number a new practice management appointments that will support its next phase of growth, including Jon Robertson in managed services, Kris Duffy in infrastructure services and Mark Cross in cybersecurity. Michael Van Rooyen has been appointed as chief technology officer and Petr Chrapavy has been hired as chief security officer.

Grab the MSP security opportunity
By Michael Jenkin
Aug 1 2018
7:00AM